CREATIVE NON-FICTION | On Googling 'Leap of Faith' by Samanvitha B.

As I type ‘leap of faith’ in to my google search bar, I see a plethora of quotes that pop up.  Be it regarding relationships, career advice or finding god, Google has something to say about taking that leap of faith. Some asking me to ‘just leap and figure it out along the way ‘, others asking me to shed my inhibitions and ‘take the leap into the unknown’. At times I feel that I’ve known Google as a person, asking me to trust, telling me it knows me better than I know myself. But google doesn’t dish out advice unless asked, unlike a lot of other ‘actual’ people I know.
‘Engineering is the best career path, trust me’.
‘This is the right time to be married. trust me’.
‘Trust me, this color looks the best on you’ ....and on and on and on.  All well meaning, I’m sure but mostly unwanted. While following through on these advices doesn’t qualify as a leap, I would like to think that they’re probably outwardly tiny steps (sometimes involuntary) in that direction. I for one grew up on such advice, like in any average Indian household until much later in life, clichéd as it may sound I had to take a leap of faith and decide to spend the rest of my life with one person.

There is a lot of importance attached to firsts: the first birthday, first kiss, first date but I do not recollect the first time I had an idea of love beyond family, but I think it evolved over time.
I remember slyly reading my cousin’s Mills and Boons stash, having mixed feelings about what I read. Finding the idea of tall, handsome and conveniently rich male protagonists showering love on their female love interests appealing to a certain extent but appalled and confused as to why the heroines of the novel were mostly meek and submissive or man-haters but walked into the arms of the ‘hero’. This wasn’t feminism but just thoughts of an 18-year-old trying to understand romance. I remember giggling with friends, discussing cute boys and listening to stories of my friends in love, comforting them later when some of them had their hearts broken. I devoured Harry Potter and Jane Austin wishing there was magic in my life or wanting Mr. Darcy to walk into it. All this while, love was a dreamy notion that was elusive and unattainable because firstly, No Mr. Darcy, duh! And secondly, my parents would never approve so I knew Arranged marriage was on the cards for me.

Eventually, when I reached what was considered the “right age’” for marriage, let me tell you that this “right age” is subject to change based on many factors which might or might not include the number of concerned relatives in your life. Anyway, for me it was 23. I don’t remember how the topic was broached but I distinctly remember throwing a fit, slamming doors and acting like a teenager . How could I already be tied down to wifely duties and what did I do to deserve this life sentence so soon? There were things I wanted to do, places I wanted to see, and life as I knew it, would come to an end. I just wasn’t ready, I wasn’t sure if I would ever be. My parents understood, promised they wouldn’t rush into things, but asked me if I would just keep an open mind? Sure. I had little choice, my mom’s super power was persuasion and all my arguments, may they rest in peace, died a slow death.

So, the groom hunt began. Scratch that! ‘Hunt ‘sounds predatory. The search began. Relatives were told to keep an eye out for prospective grooms, Bio-data filled in matrimonial sites, horoscopes checked, pictures exchanged, calls made, you know the drill. We settled into this routine, I would come back from work, we would watch TV, make some small talk and a name would be dropped and picture shown inconspicuously. I was told I could take my time and within an hour my mom would ask what I thought. Now, my mom was my first best friend and it was impossible to stay mad at her for long, so I played along, gave reasons as to why it wouldn’t work out or something I didn’t like. Until, along came a match, made in heaven no less, because the stars aligned and the horoscopes were a great match. Wasn’t it perfect that the guy lived in the USA and I wanted to pursue my master’s degree and now I can after getting married (*eye roll*)? I ran out of excuses to say, and reluctantly agreed to talk to this guy. I wasn’t a shy person or an introvert, but I was at a loss as to what I would talk to this stranger about. Why was he willing to get married at 26? Was there parental pressure for guys, as well? I thought only girls had that ‘luxury’. Did he read books? His Facebook page didn’t reveal much.

‘Hello, I heard you were interested in getting married to me, so what do you think the future holds for us?’ Ugh.

I called my only married friend at that time for advice, what did she talk about? How was her experience? Yes, she had already told me this a year ago, but I hadn’t taken down any notes, so could she please repeat. Her advice was to just be myself. Some friend she was!

Then I reflected on why I was getting worked up. It was just a call. I would let him do all the talking or better still we would not have anything to talk about and I would be done with this ordeal. There was excitement in the air the day I was expecting this call, my mom hovered around, asking me occasionally if the call came, was the phone on silent by any chance. She had anticipation written all over her face every time my phone rang. Finally, it did and I answered it with all the awkwardness in the world, went into my room and emerged almost 3 hours later. This stranger might have just become a great friend.

I’ll spare you the mushy details but there were a lot of Skype calls and late-night texting, the long-distance time zone battles were real. My friends said I started to blush. There was a glow on my face and love in my life. It felt like I was virtually dating with my parents’ blessings. My parents were already discussing the marriage arrangements and auspicious dates for an engagement ceremony, but I still wasn’t sure. Its funny how I was certain that this was love but I had a tiny nagging feeling that seated itself in my mind.


You hear all these stories about how people change after marriage? What if this love was short lived? What if he realized he didn’t like living with me? What if I realized I had made a mistake? Would I still be career oriented after marriage? When asked what I wanted as a wedding gift, I thought to myself that a time traveling device would be nice, to shut these doubts. I don’t deal very well with surprises. I had once read the plot of a suspense thriller movie on Wikipedia prior to watching it. Terrible, I know! But I like to be informed if I should be emotionally investing in a character (case in point Game of thrones) and let me reiterate that all this was after knowing that I did love the person I was going to marry. On top of it all, I had to leave my family and friends and move away to a whole different country.

‘Weren’t you going to do that either way if you pursued higher education’ my brother said in a matter of fact way.
‘That is different’ I shushed him while trying to put those nagging voices in my head on mute.

Amidst all this, I found it very surprising that my dad was okay with this idea that I would be going someplace over 7000 miles away. My dad, who hesitated to send me on a 5-day excursion with my friends, who would come with me to the store right across our home if it was after 7 PM, which could be borderline over-protectiveness but also concern and love for not wanting me very far away from him. Later, during the marriage ceremony he did not shed a single tear, do not get me wrong, seeing my dad cry was the last thing I wanted, but I did want one emotional picture hugging him while his eyes were moist, like a lot of wedding photographs I saw online. I couldn’t control myself and asked him how he managed to stay so composed.  Shouldn’t he be at-least a teeny tiny bit worried as to how I was going to be? What if after going to the USA I discover that his son-in-law isn’t who he portrayed to be (you see it in the movies all the time after all). He just laughed and told me that he had decided to take the leap of faith with me when I decided to get married.

Five years later, as I’m writing this I’ve to agree with Google that deciding to take the leap and figuring it along the way wasn’t such a bad deal after all. In retrospect, I also believe that the leap I took wasn’t just based on love or my husband alone it was also inward. I took a chance on myself, rose above the self-doubts, trusted my decision to take that next step in life. I realized that it is only the first step that is the hardest on a road to celebrating yourself. 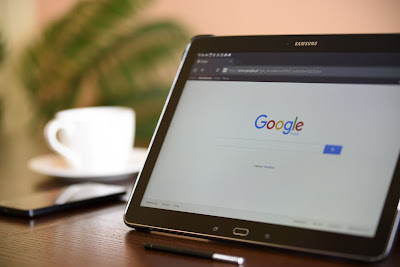 About the Writer:
Samanvitha is an Engineer/closet writer (until this point). A Daughter, wife, sister, friend, amateur baker, book hoarder, nature lover and Netflix addict , in no particular order. Constantly trying to find magic in the mundane.