CREATIVE NON-FICTION : Her name was Suryakantham by Ramya Kirtana

“And then, everyone turns into ashes” he said, sitting on the wooden handmade swing in the living room. And as he said this, he took another sip of piping hot coffee and pressed his lips together. Tears rolled down my cheeks as I heard those words. Here I was sitting 10,000 miles away from him, feeling helpless as I couldn’t hug him in the moment and help him feel better. I wasn’t too close to my paternal grandmother but I grew up witnessing my dad’s love and respect for her in every phase of my life. He would tell me and my brother, stories of his childhood and always made a detailed mention of his mom’s sacrifices, her love for her children and how much she had gone through in her life, how she deserved to be happy.

He once told us about a hot summer afternoon in his childhood. He saw his mother cook and serve and clean in a house full of relatives and finally had a few minutes to sit down. She sat down near the front door of the house and rested her head on the “gadapa”. My dad, who was eight years old , cut a ripe mango into pieces and offered it to her. And whenever he recollected this incident, his eyes would become moist.

For this very reason, the moment I heard the news, I was worried for my dad. I was worried that he wouldn’t be the same person, even at this age, even if he had seen his mother live a long life. Sometimes saying nothing helps too. And so, there I was weeping on the video call, not saying anything. It felt like the best way to be there for him from this far.

The village scenes played in my head as I thought about Grandmother. Being the president of the village and a farmer himself, my grandfather was an important person in the village. Every morning, He would sit on his Arm chair “padaka kurchi” on the porch “Arugu” and would smoke his village cigar with his eyes on the street. Every passer by waved or bowed and addressed him as they walked down the street while my grandmother offered him what looked like endless cups of coffee. The vivid memories of scenes I captured in my head when I had no access to a cellphone or a camera were more interesting. Now when I think of it, I probably would’ve been more interested in taking a picture of the neighbor’s dog or the coconut trees behind the house, if I did have a camera.

Grandmother was bitten by a rat on her foot in her primes and she limped a little. She was also deaf in one ear. But when I try to remember which ear and which foot, I don’t think I ever asked. I don’t know. She lived in that small village “Vendra Agraharam” most of her life. We visited often as kids. Dad would drive as we sat and enjoyed the slow transitions on the road from a highway to small towns to the village surrounded by paddy fields and coconut trees. The sun gleamed through the old wooden windows as we had our morning Horlicks sitting on the coir matted cot. As my brother and I ran on the streets without slippers, or played in the sand or went away into a neighbor’s home to play with other kids, we were never stopped. This wasn’t the case in Hyderabad when we would just go down to the cellar to play, we would be called 20 times in an hour just to make sure we were safe.

As I recall those times, I am surprised at the amount of detail I remember of those scenes ingrained in reels in my head that play out in an orderly fashion every time I think about them.

Grandmother sang beautifully. She was asked to sing on every auspicious occasion in every one’s house. Sometimes I think we all have that piece of us that lives just to collect keepsakes of our loved ones. My mother would sit her down and record her songs in a cassette tape. And even to sing for a cassette, my grandmother would gracefully drape one of her many beautiful venkatagiri sarees and sit down, ever so elegantly to sing “ Evaru kannaru evaru pencharu…..Gopaala baluni”

And as my father said the words, “….turns to ashes”, It all came rushing back to me as my heart made a decision amidst the flood of memories. I was going to remember my grandmother looking into the red plastic framed mirror hanging on the kitchen wall of the village house, as she stroked her waterline with Eyetex Kohl, graciously. This kept her alive in my heart. 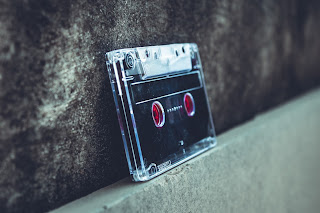 Ramya Kirtana is an IT analyst and a Music teacher, mommy to a toddler girl. She lives in the suburbs of Ohio with her husband and daughter. She blogs at ramyakirtana.com
Labels: Ashes Creative Non-Fiction Indian Writers Inkspire