CREATIVE NONFICTION : Ashes left behind after a train journey by Archana S. Kumar

I smiled in my sleep at the tickling sensation in my feet. With the fear of some nocturnal animal brushing against my legs, I opened my eyes under the sheets. The tickling sensation had stopped while my body was frozen with fright at that unknown thing. I peeped out of my sheets to look around the dark train compartment from my upper berth on the side. Everyone was sound asleep and I could only hear the thud thud from the fast moving train. I looked at the area near my legs and there was nothing. Assuring myself that no rat could climb to the upper berth and even if it did it was gone now, I tried to sleep again. Few seconds later the same tickling sensation was back. Awake from the previous turn of events I now knew that there was definitely something brushing against my feet. Terrified I looked again to find nothing.

Now I was continuously looking at the foot of my berth through my see-through dupatta. There was a leg from the next berth slowly creeping into my berth past the partition in between and that leg started rubbing mine. This entire scene illuminated by the dull blue light of the speeding train paralyzed me. My body curled up in shock immediately pulling my legs backwards. Those jeans clad legs were coming onto my berth even more. Frightened, I sat upright hugging my legs to my body and sought shelter under the bed sheet. The jeans-clad legs could no longer find its prey and retracted. I spotted a pair of eyes scanning me in the dark from that direction. I heard commotion in that scary neighborhood berth. Someone was climbing down. My body automatically moved to the opposite corner from that berth. A dark figure walked past my berth, its hand just grazing my bedsheet on its way out. After the figure turned around the corner I climbed down and ran in the opposite direction trying to find someone awake in the entire compartment of sleeping people.

I was now awake for real in my bedroom all sweaty and with palpitations from this recurring dream of mine. The time was 2:23 am and my husband R was sound asleep next to me. This recurring dream was based on a real incident around ten years ago in my early 20s. I was harassed on an overnight train journey from Madurai to Chennai. It scared the fresh off college 21-year-old me, traveling to a new city to join my first job. Instead of running across a dark compartment like I did in my dreams, I sat enduring this horror unfold throughout that night.

I distinctly remember the middle aged tall man with curly hair who walked past me that day. On his way back, he casually dropped a piece of paper in the empty area of my berth, gave me a monstrous look and climbed back onto his berth. The paper he left flew away within a few seconds. I sat there like a deer caught in the headlights the entire night until daylight broke and someone from the nearby bay switched on the lights. Until then the episode of the jeans clad legs crossing its limit and the horrifying gaze kept occurring at regular intervals. Hearing some movements in the berth below me I bent down to see that my dad was awake now. I climbed down with relief and sat next to him quietly.

Feeling ashamed and disgusted to look at the face of my attacker, my eyes were fixed on the moving scenes outside my window until the station came into view and we got down. From the moment I got down till the moment I saw the station fading away from my speeding auto, I kept turning back to see whether that man was following us.

I never divulged this incident to anyone. It took me a week to convince myself that this can happen to any girl anytime, anywhere. I reassessed the situation and thought about so many things I could have done that night. I could have switched on the lights. I could have confronted the attacker and I could have screamed. I could have woken up my dad who was accompanying me. That was the easiest solution. But the 21-year-old then had her reasons why she did not do that. I did not want my father to worry about me living alone and I didn’t want him to put any barricade to that independent life I was looking forward to. I didn’t want him to think that the emotional vampires in the family were right in cautioning him about the risks of being a girl in an unknown city. I didn’t want to accept the fact that women can never travel without an escort anywhere.

That night on the train, I did not fight like the superwomen who stand up for themselves. Maybe they all endured one such disturbing first harassment incident to come out of their shell. Since then I have been harassed multiple times. I have been groped in public transport. A man on the bike patted my back while I was walking. The manager in my office casually squeezed my shoulder standing behind my chair and I’ve been catcalled a number of times. The only thing different was that I decided to revolt against this whenever possible using my voice, physical strength or by seeking help from some known and unknown people. I chose to confront my manager instead of crying over the haunting baggage of harassment. I still had shivers inside while I spoke out against him but the terror in his eyes when I proved him guilty, soothed my hurt inside. That tiny moment of courage did not affect my career like I feared it would and more importantly it did not shake me as a person like that train incident did. Reliving that terrible memory in recurring dreams gave me a lot of lessons on things I should have done then and each day the regret of not doing it fed me the confidence to do it the next time. If only I had woken up my dad on the train, I wouldn’t be living with the ashes from my burning fear from that night. Now I know that my dad would have not locked me up inside the house like I feared, instead he would have been proud of his bold daughter,

I still have an overdose of self awareness when I’m alone in the street and I cannot sleep on any train journey for the fear from that day still haunts me. Though it cripples me momentarily, I’m winning over it slowly with a stronger self that I have built with every loud action of mine against harassment. In the hopes that the ashes from the train incident will vanish sooner taking away my daunting dreams along with it, I sign off with the satisfaction of using the mightier tool this time to invoke more people to roar louder. 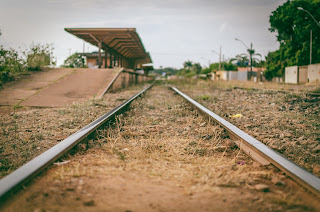 About the Writer
After living in different cities in India throughout her childhood, Archana currently lives in Longmont, USA. Archana spends the summer weekends hiking the local trails and the winter weekends snowboarding the ski slopes. She enjoys gardening and baking on an everyday basis while day dreaming about future travel. Sustainability and writing are her newfound loves.
Labels: Ashes Creative Non-Fiction Indian Writers Inkspire