FEATURED WRITER : One touch to burn it all by Shweta.B 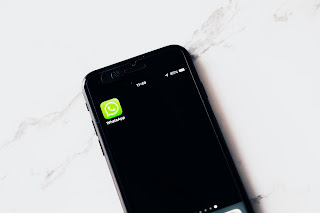 Let’s read an interesting Hindu Mythological Tale, Shall We?

There once was a demon called Bhasmasura who was very ambitious and performed severe penance to Lord Shiva. He finally was granted a boon by the Lord that whoever Bhasmasura touched with his forefinger would be reduced to ashes. Now, Bhasmasura with all villainy and a wicked grin, chased the Lord himself to touch him and reduce him to ashes. As Shiva realised his mistake, Vishnu, the protector God in the Hindu puranas, assuming the form of Mohini, a beautiful damsel, entered the scene and challenged the demon for a dance. If Bhasmasura won, then Mohini would marry him. Overcome with her beauty he agreed and started dancing along with Mohini.

The story ends with how Mohini placed her forefinger on her head in the course of the dance and Bhasmasura, engrossed by the beauty of the damsel, placed his forefinger on his head, imitating her, thus reducing himself to a pile of ashes. The Gods rejoiced and started quoting Bhasmasura as an example “What goes around comes around, Bhakta!” Or “What you sow, so shall you reap like Bhasma!” which continued among men and was cited to children and most adults.

For those in 2020, working from home and waiting for the lockdown to open, this is one story that can fit in our current scenario. Be it in going to the grocery store without masks or shopping online in the many sales which are open now, we wreak havoc upon ourselves with the touch of our forefinger.

But overshadowing all is the growing menace in our professional lives – ‘Official’ Whatsapp Groups.

If you have not experienced this phenomenon, let me explain. This is the Whatsapp group created by the supervisor or his trusted assistant to ‘collaborate’ and ensure that the team members are privy to project and other relevant news. Before the lockdown, when work was the old normal, these groups served as an unofficial mode of communication which aimed at fostering team bonding and on-time birthday wishes. Due to increase in remote working and COVID lockdown, Whatsapp groups have doubled up as both the official and unofficial mode.

“Sending news is alright, but a colleague sends photos of sages asking us to forward to 10 others to eradicate Corona!” says Mr. Jana, an employee currently working from home. “Before this forward, I thought that that guy was a decent chap, now I think before going to him for any advice about work.”

“One of my colleagues shared an inappropriate article on the rise of a particular religion in India and it did not go well with many others, there is a passive conflict now in the team which is bound to burst anytime” chuckles Mr. Narendra, a manager in the IT sector.

He also says that as a manager, his associates whom he thought were sensible workers started sharing inappropriate forwards, messages and Emojis, the small smiley faces available to chat. Since it's been months since he has seen the worker in the flesh, he avoids giving additional responsibility because he does not know if he is the same or sane.

“The problem with the Emojis is that we misunderstand them. The unconscious bias sets in the mind that the employee is not responsible enough to do important tasks. I can’t help but form an opinion about him or her.” finishes Narendra.

“Even worse are the Memes which circulate in the group. It tends to hurt many in a professional setup and I sometimes wonder if the sender thinks before pressing send” rants Jana. Don’t we also wonder about the same question. Why do people send insensitive content over professional media and burn their reputations and their relationships?

While social channels are increasing daily because they offer more connectivity and accessibility to people with just a click, how we use it can either build our reputations or can break it, especially on professional sites like LinkedIn, MSTeams, Whatsapp and others. All it takes is one touch.

It isn’t all bad news, the dailymail.co.uk in 2018 stated that eighty-one per cent of participants credited group chats for helping them to maintain friendships and feel connected.  We need these official groups as much as they need us. Our professional spaces, though represented in the social media space, deserve the respect that it commands.

Next time we hit the send button on our professional group, I hope we remember to review because Bhasma had to touch only ONCE, to turn to a pile of ashes!

About the Writer Shweta Bhavana is a HR professional and an avid reader based in India. Her interests include sketching and playing badminton. She believes that a (common) sense of humour is a must to survive in this world. Currently her mantra is keeping ‘sane, safe and sanitized’.

She has currently forayed into blogging and her thoughts are recorded at  https://belimitededition.wordpress.com/.