CREATIVE NONFICTION: How are women and water comparable? by Mahi Polimeru

Water is the source of life, more than half of mother earth and the human body is made up of water. A mother’s womb is filled with water to support and nourish a child.  Life is meant to exist anywhere where water exists yet water can be quite destructive when it flows or acts aggressively.  I think women are similar to water in several ways. Women and water are free flowing, easy to get accustomed to the environment they are in.  Water takes the shape and color of the environment. Similarly women often get easily accustomed to the environment and people around them sometimes by choice and sometimes out of compulsion. We often undermine or don't think of how important water is for our survival until we have some kind of scarcity or lack. I miss my water container as soon as I know that I didn't carry it with me and I feel like women's importance or value is often undermined in a similar way. I can see this from my own experience as I am often taken for granted when I am my normal self, taking care of myself and things around the house but the moment I'm broken or sick everything seems to fall apart and everyone notices. I believe that we are taken for granted mostly because we don't know our own strengths, don't express ourselves and verbalize our needs as much as we consider others needs. I believe that once we acknowledge and understand our own strengths and needs we can do better.

Women for generations are trained to be gentle, caring, loving, and giving to the man and her family. Even though things in the 21st century are quite different from history there is still a lot that needs to be addressed and changed. I stand for women who are still fighting for their rights. I do wish to express my thoughts on why in the 21st generation when women are capable of doing all the jobs/responsibilities and more than men are still fighting for gender equality.  Women in the corporate world are still paid less than their male counterparts, work harder to get noticed or get their proposals approved, and often overlooked. My thoughts on why this is continuing is because some women inherently still carry this belief of being inferior and dependent on a man.  If there is anything that we need to teach our young girls, it is that they are not inferior and can achieve anything that they work hard for. Mothers and grandmothers need to stand up for  future generation to change their old beliefs and ingrain in them the strength and courage to believe in themselves. As I say this I just realized that they don’t need to teach them to be equal to men they just need to stop teaching them otherwise. As an adult today, I realize that most adults need to unlearn certain family and societal beliefs that we learnt as a child which don’t serve us to be better humans.

It is important to know that water even though it seems gentle can break through solid rock when used with constant pressure. Recent break of glaciers in India and snowstorms in Texas are live examples of this and water break during pregnancy is an emergency. I don’t believe that the water in river Ganga is more pure than the water in a local lake. But what makes it different is the environment it is in and how it has been treated by mankind.  I believe that each and every woman is special and unique in her own way and it is the conditioning that makes us different. It is extremely important to realize that we are all equal and similar in order to achieve true empowerment that we all seek. I wish women realize their strengths, not to use them for destruction but to use them wisely to build themselves and build others along with them. It is sad and quite disheartening to know that strong and powerful women are often alone and even criticized by other women. It is time to rise together and stand up for the women you know who are fighting to change the norm and show her strength to society. As the saying goes “we are stronger together” we need to straighten the crown of a woman when it is crooked instead of laughing at her, realize that each one of us is a queen, a superhero, and a champion. 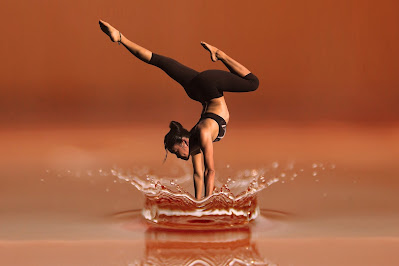 About the writer
Mahi (short for Mahalakshmi), a pharmacist by profession enjoys writing which is her passion also enjoys hiking and connecting with like minded people. She intends to voice her thoughts and emotions through writing. She strongly believes that we all have the power to heal from within through mindfulness and authenticity and has done so herself. She is an advocate of mental health awareness and women empowerment.
Labels: Creative Non-Fiction Indian Writers Inkspire WATER