FEATURED WRITER : Land of Fire and Ice by Zeena Benjamin 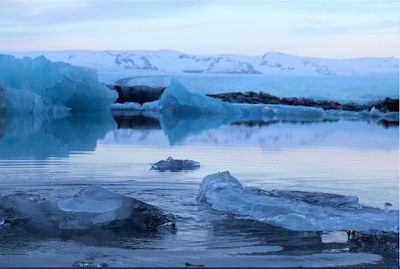 “Where is ice?” my daughter quipped loudly, as she sat next to me looking out the window. We were driving on a lone road out of Reykjavik, the capital of Iceland winding along the vast expanse of land with brilliant green rolling hills as far as the eyes could see. “This is not Iceland!”, she looked at me as if I had cheated her. Contrary to what one might be led to believe, like my daughter, Iceland is not all ice, though it is very much largely made up of water of all kinds, from glaciers to lakes, and surrounded by the Atlantic waters. Iceland enjoys a milder temperature in winter and gets a lot of rain thanks to being surrounded by warm Atlantic Ocean currents. In fact, temperatures in Iceland during winter are often higher than winter temperatures in New York.

Iceland is the best place to explore glaciers as 11% of Iceland is covered with glaciers. The largest glacier of Europe, Vatnajokull, is in Iceland covering an area of 8300km. Visiting the mouth of Vatnajokull, also known as Jokullsarlon which in Icelandic means Glacial River Lagoon, is a deeply meditative experience. To see the mammoth glacier still, with the icebergs that broke away from the glacier float in the melted glacial water, making their way to the ocean is a sight to behold, as you feel nondescript and small.

If seeing the glacier up close is an experience to remember, walking on a glacier and exploring an ice cave deep in the glacier is any travel enthusiast’s bucket list item. To walk on ice, to climb on ice, to be surrounded for miles with ice, is enough to tickle the fantasies of anyone who yearns for adventure. Iceland provides plenty of opportunities to do just that with its many glaciers of all kinds.

Iceland is not all ice; it is also home to many breathtaking waterfalls. Gullfoss, Skogafoss, Seljalandfoss are some well-known waterfalls, and as one can guess, ‘Foss’ means waterfall in Icelandic.

What is fascinating about Iceland is the fact that beneath some of these glaciers are volcanoes! Iceland is formed by volcanoes and the country is littered with geothermal activity. A trip to Kerlingarfjoll is a bumpy 4x4 ride on rugged unpaved terrain to explore some beautiful rocky landscape which looks unearthly, with no trees. Hveradalir Geothermal Area is a beautiful day hike with several places to explore. We stayed at the Kerlingarfjoll Mountain Resort which was as remote as it could get. It was a highly personal experience having a guide to walk with you to a hot spring in the middle of nowhere, get down to your swimsuits in the freezing cold and into a natural hot spring. People in Iceland are extremely friendly, and it is a pleasure to sit for dinner and chat with fellow tourists from various parts of the world after a day of adventure.

Since we were visiting in November, night times were very much reserved for Northern Lights chasing. To be in the middle of nowhere, no city within many miles of radius meant dark skies to look for the elusive Aurora Borealis. When we asked the resort manager, he looked out and said “The sky is clear, maybe you can see it. It shows up on this side” he pointed to the north. Our first view of the dancing lights was ethereal, I was awestruck. To see them dancing in front of you, as you stand shivering in your night pants, unable to get your camera to work because you forgot your tripod in Reykjavik, you catch everything with your two eyes, to capture the  moment forever.

For anyone who has read The Journey to the Center of the Earth, by Jules Verne, coming face to face with Snaefellsjokull which was the volcano Lidenbrock and Axel climb into; a simple ice capped mountain with a volcano underneath and taking a tour to go visit the Vatnshellir lava cave to experience being under the earth in a cave made by hot lava is memorable.

Iceland with its many natural wonders is a beautiful country with progressive people, a definite must visit for travel enthusiasts looking for adventure while marveling at the oddities of nature. 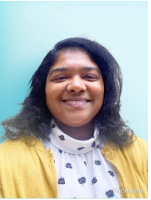 Zeena Benjamin is a business professional based in Bay Area, CA, who enjoys travelling and hiking with her family when not working, and loves to share her experiences through writing in her blog and occasionally on Facebook. She aspires to be a travel writer someday, may be as a second career.

This piece was written as Zeena's final assignment for a six-week Creative Nonfiction writing workshop.