The rhythmic sound of my heartbeat drowned the children’s excited yet slightly annoying screeches. My eyes were constricted, thanks to the sharp afternoon sun. I felt like I generally do in a discotheque - hazy drunken stupor aided by thumping beats and blinking neon lights. My delusioned senses struggled to be alert - the lull of the sea waves tugging me further away from awakeness. I gave in, telling myself that just a few minutes of shut eye would help me escape my angry thoughts and afford me some much needed relief.

I awoke, startled by God knows what to an almost blue- black sky with a million twinkling stars. The last vestiges of the setting sun painting the horizon in hues of orange and pink - a sight that would normally have me mesmerized and soul- deep happy.

I was pervaded with a sense of deepening panic. The children! How could I! My deepening fear was marred by the gentle waves as I strained to hear the signature squeaks and squeals. Guilt swamped me and I disgracefully gathered myself, dusting off the irksome sand that now chafed my burnt skin, and hobbled closer to the water, in the hope of finding any telltale signs.

The corner of my frantic eyes, spied a little blue tip of a slipper and the yellow plastic scooper next to it. Sahil’s. Nothing of Saakshi’s. I grabbed at the wet sand around it, but there was nothing else. I could feel the tears stinging, taste the bile rising, as dreadful thoughts took over. In a rush of uncoordinated limbs I splashed to the water’s edge and scoured the expanse of the unending beach. Not a soul was in sight. I turned towards the tree lined private gate through which we had entered, it was bathed in darkness. Wiping my desperate tears I slowly walked down the path, treading carefully to ensure I wasn’t missing any clues. A sudden whisper caught my ear, just as I passed the unlatched gate, and hope leaped in my heart. Across the grass and coconut trees, it felt like there were some silhouettes outlined against the starlit sky. I ran across, oblivious to stumbling on the unruly roots and the sharp edges of broken seashells that cut through my bare feet. Words fail to describe the emotion I felt, as I reached the clearing and saw Sahil and Saakshi, lying down with their tiny trusting feet dipped in the little pond of clear blue water. Their eyes twinkled as they almost carelessly held hands and looking at each other with pure unadulterated joy: It’s like they had discovered their own private fantasy. I felt strange, like an intruder. I was reduced to feeling extremely stupid and unfairly paranoid. Thankfully the children had not spied me yet. I quietly retreated, ashamed at myself and conscious that if they saw me now- they would pick up on my anxiety and it would ruin their beautiful bond and sense of wonder and discovery.

I took refuge behind the trees, nursing the recently abused red and blotchy feet and allowed those tears of fear to flow and drain me of all the morbid thoughts that had engulfed me. It took me a good few minutes to recover my composure, and remember that these 2 beautiful souls were my flesh and blood. The water would always nurture them, offer them solace and heal their wounds. The sea was my mother - the one who spat out the 3 year old orphaned rag doll from her stormy turbid waters, straight into the arms of my adoptive parents- a miracle to the childless couple. I offered up a silent apology to my mother, my saving grace and felt the peace wash over me and engulf my soul. Saakshi’s delighted giggles welcomed me back to my surroundings. I called out to them as if in search of them and Sahil gayly guided me to the opening. The children leaped up with excitement, eager to introduce me to their newly discovered wonderland. It took a good half hour to share in their delight and calm them down, with a promise to return the next evening and allow them to explore the new wonders and satisfy their curiosity.

We walked down the path back home, my heart renewed with faith and love, and a firm decision to never leave my mother, my home. Aryan was waiting by the door, looking extremely guilty and apologetic. Our eyes met and I gently nodded to him. He knew he was forgiven. With relief, he rushed to carry the children, and their delighted shrieks echoed across the hall and filled little pools of happiness in all of our hearts. Balance restored. 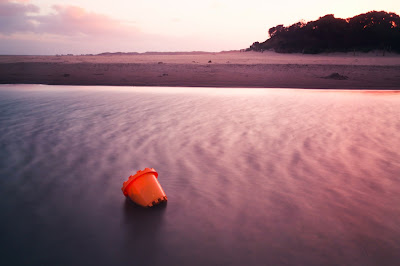 Sanjanaa is a quirky concoction of phrases and phases. She has a colourful personality with grey matter and grey hair that she believes gives her license to impart wisdom. Along with her strong belief in the powers of the universe is her faith in the ability of pockets of sunshine that make life beautiful.
Labels: Creative Fiction Indian Short Stories Indian Writers Inkspire WATER