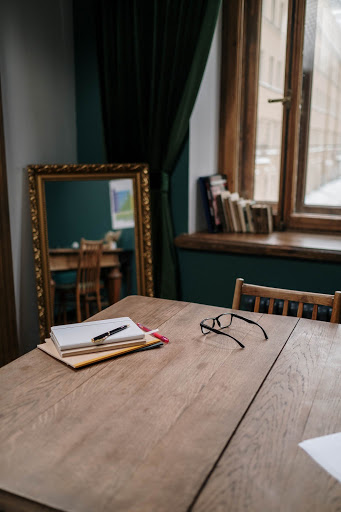 Latha sat beside her father and rummaged her purse for her iphone. Her dad’s favorite grassy green curtains adorned the window to veil the bright rays from the sun. His chanting book ‘Thiruvasagam’ was on his bedside table besides his glasses and a pool of medications . Latha called her brother to break the sad news. She could not fill him up in words to describe what was happening around her. Somehow she got the courage to say what has to be said to him, who is working as a software engineer in an alien country.

“Akka, what is the matter? Why have you called at this hour? Is everything alright?” Maaran enquired, hoping nothing had gone bad. “Apa has been discharged from the hospital da. They said nothing can be done to improve him further. He is in his room now. It will be nice if you can come as soon as possible” said Latha.

Their father Sundaram has been identified with a blood clot in his left side of the brain last month at the age of eighty five. He is a strong man. He had been religiously doing his yoga and pranayama practices when Maaran visited him last year. They lost their mother five years back to colon cancer and it is just their father who they cling onto as their haven. Sundaram retired from working as a farmer a few years ago, when the drought hit their village, Chinnakuyili . He pressed the importance of education to his kids as he doesn't have a formal one. This made Latha and Maaran set their sights even higher. By the time Maaran graduated and was looking for a job, Sundaram drove him to look for higher studies. While parents with the same background are really hesitant to send their kids abroad, Sundaram waved a green flag happily at his son to embrace the opportunity he had. Sundaram made sure his kids had their goals high and he worked towards bridging them.When his Visa got picked in the lot in the USA and he was all set to leave the nation,Sundaram beamed up with pride with a contented heart that his next generation will no longer face the hardships he had.

He made sure his daughter remained independent irrespective of her marital status as well. He made her study for the bank exams after her graduations and pressed the significance of having a secure job. He used to take her on a bus to the coaching institutes in the city, five days a week as it was not safe for a girl to be on her own. Latha had a successful love marriage and she was taken aback by her father’s instant approval years back. Sundaram is a simple minded person with high hopes for his children. If it is not for this man, it would have been impossible for Latha now to sit in her air conditioned bank counter labelled - the loan clearance manager.

Latha sat beside her father and looked at him. He wore his all time favorite white shirt and veshti. He seemed to have lost so much weight in a month and his face looked pale and dreary. She could barely recognize this man whom she had known all his life.

“Apa can you hear me? Thambi is on his way” said Latha, holding his hand.

His delicate skin felt very cold. She could see him twitch a toe in response to her warm touch, while his eyes remained close. The only sound that filled the room was the air coming from his nostrils. She could sense the rush from the airway as he gurgled. She could not sit by and watch her beloved father unconscious and restless. It came as a blow to the family when her father was diagnosed with a blood clot. He was completely okay, until one day he lost his bladder and bowel control. Unlike the people of his age, her father had a solid build for his age.Though he had a maid to help him with all the household chores, he preferred cooking his own food. Her taste buds still yearn for the yummy mushroom biryani he makes on Saturdays. Latha visits him on the weekends with her family to stock him up with the stories from the week. Sundaram loved spending time with his grandson. Latha cannot find a better companion for her son as well. They both share a deep connection.

Staying up for a week in the hospital, with only a few naps made Latha tired . She couldn’t stand by her dying father. This is both mentally and physically exhausting. Alarmed to the sound of the raising air from his nasal passage , she trembled. The weird crackling noise made by the air, amplified. Though the doctor has fed her the information about the rattling sounds that emanates from the clogging of liquids in his throat, she could not make any sense of this. A part of her wanted this to end. She wanted his suffering and the loud rasping air he made to cease. She felt guilty thinking about this to happen. She couldn’t conclude what was good for him now. She sensed the pungent smell in the room dominating over the aroma of the coffee cup in her hand. She knew that his kidneys were shutting down and his diaper needed a change. She kept her coffee aside and changed her diaper. She took a vanilla scented candle from the drawer and lit it up by the side table. She looked at her dad and listened to his labored breaths. She found her robust dad hovering between life and death before his final moment. She could hear the loud grating air filling the room decelerating in a slow pace.

Latha stood there in front of him massaging his feet and started talking to him.
“Apa, can you smell your favorite coffee. I made it exactly the way you like. Two spoons of coffee and a spoon of brown sugar. I wish you are here sipping it with me and correcting me for being too tough on your grandson. You are the best dad one could ever dream of Apa. We are what we are now because of you Apa. I wish I could be half as good as you, with my son.” She could see a teardrop rolling over his sapped cheeks. She took her pink damp dupatta to wipe it. The breathing pattern drew quite silent now. The air that sounded as the death rattle softened. It sounded like a fragile moan. She knew he was nearing the end. She could feel his skin turning colder as the blood circulation is getting slower. She got up and kissed his forehead and whispered “Apa I love you” and sat back in her chair. She held his hand in her arms and tapped them gently with her fingers. She saw his body jerking deeply for seconds while the callous air he breathed took several patterns before it left him for good. 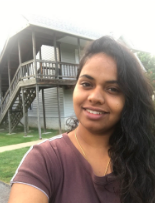 About the Writer :
Rathna Prabha is snowed in her house raising her two capricious daughters with a pandemic stricken working from home husband. Inseparable to the beaches she lives at Virginia Beach with her family. Professionally a textile technologist, she loves to weave stories in her sarees. She believes life is so beautiful and alive in her words. She enjoys spinning short stories and loves to talk about healthy lifestyle. If not writing, you can spot her reading novels, self improvement books or netflixing science fiction series like a geek sipping her black coffee. She is a minimalist and strives for environmentally friendly living. If you would like to know more about her stories, have a look at her Instagram account here - https://www.instagram.com/gratitudeandstories/