BOOK REVIEW | 'The Secret Life of Bees' by Shwetha Sivaraman

Do you remember how old you were when you took your first leap of faith?
Growing up in India usually meant being protected for most part of your adolescence until you stepped outside your comfort zone for further studies or employment. So, you can imagine my admiration for the protagonist of the novel ‘The Secret Life of Bees’, Lily Owens when she leaves her home and everything familiar at the age of 14 in a quest to seek more information about her dead mother. All her childhood, Lily grew up in the peach orchard with an unyielding father T Ray, wanting to know more about her mother. All she had was flashes of memories and an old box in the attic with a wooden image of a Black Mary and a mention of the place "Tiburon".

The book authored by Sue Monk Kidd is a heartwarming tale of Lily Owens, the narrator in the book who has grown up believing that she accidentally killed her mother at the age of 4. Growing up selling peaches for T Ray, the only mother-like influence she has in her life is Rosaleen, her coloured caretaker. Amidst the chaos of racial tensions that explode, Rosaleen is caught in the eye of the storm as she fights for equal rights and Lily is forced to act. When she discovers that the authorities of justice are racists too, Lily has no choice but to flee, creating an escape for Rosaleen and herself from the town. While in the context she is rescuing Rosaleen, she is actually rescuing herself in the process. Burrowed in guilt and insecurity all her childhood, Lily has grown up wanting to escape T Ray for a while and Rosaleen’s context is the catalyst to her action. A trait most of us can relate to. We all make choices in our lives when it comes to insignificant things but, when it comes to the important aspects of our lives, choices we know that matter, we never take those choices.

“The hardest thing on earth is choosing what matters”
The author weaves the tale of the coming of age of this lost teenager craftily using imagery and the symbolism of bees. The book begins with Lily seeing a swarm of bees coming in from her bedroom wall which T Ray dismisses as lies and attention seeking behavior. When Rosaleen and Lily escape, they have nowhere to go. Lily knows of only Tiburon from her mom’s wooden Black Mary picture and they hitchhike a ride to Tiburon. Following the wooden Black Mary picture, they are led to the Pink House where August Boatwright and her sisters live.  The African-American Boatwright sisters run a honey making business in Tiburon and are practitioners of an alternative religion worshiping the same Black Mary, the picture that Lily has been carrying around all her childhood.  No questions asked, August takes her and Rosaleen in with all the lies Lily had to offer and puts Lily to work with her on the Beehives and Rosaleen to help out in the kitchen. The author describes the beehives as a community in parallel to the real-world community that of the Daughters of Mary community. A strong group of women led by the Queen Bee in the hives and the Black Mary in real life who work together, do their duty, and protect, pray, celebrate and support each other in the highs and lows of life.
Lily, who has lived most of her life seeking answers about her mother, hesitates to ask the question when presented with an opportunity. Lily finds a tangible link - the Black Mary which once belonged to her mother is the same Black Mary worshipped by the Boatwright sisters. But instead of asking questions that will give her answers Lily lies, takes shelter and works in the beehives. Another relatable human trait, we spend our lives thinking we want to seek the truth, but the fact of the matter remains that when that harsh truth actually comes about few of us have the courage to listen to it authentically. Lily bides her time, summoning the courage to speak up as she learns more and more through beekeeping with the Boatwright sisters about life, love, sisterhood and ambitions. The lessons from the strong women, the beekeeping, the strength she gets from Black Mary, eventually leads her to confess to August why she is really there and finds out the truth about her mother.

However, the truth is never the end but in fact a beginning. While Lily’s quest for the truth might end, her life is just beginning as she starts to make decisions for herself. Lily’s journey in learning the truth about her mother, in seeking love and overcoming her own insecurities tugs at your heartstrings on several levels. The story is an emotional journey of camaraderie, equality, communities, self-love, grief and acceptance. The book is a whirlwind of imagination taking you through a compelling narrative of a 14-year old who is only just understanding the world and its many ways. Well-executed with symbolism and imagery from beekeeping to the lives of the Daughters of Mary, the author takes the readers through human lives, the choices we have, the choices we make and the consequences it has, all without passing judgement. She portrays life with all its flaws and leaves the reader to relate to it, in parts or in totality, the choice is ours.


Like August Boatwright rightly quotes in the book “There is nothing perfect, there is only life.” 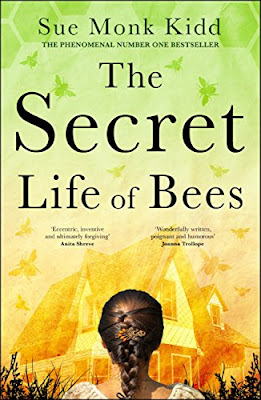 About the Reviewer:
Shwetha Sivaraman is a corporate professional turned content writer based in Mumbai. A compulsive reader, her reading journey began with Harry Potter and Hercule Poirot as a child and has now extended to other genres, as well. A travel enthusiast and blogger, she writes about her travels in her blog 'Being Meraklis' in an endeavor to make travel easy and hassle-free for everyone.