As she sat at the beach listening to the waves and watching the sunset, Anjali wondered if her life was better before she was married and had a child. Not that she was unhappy with her husband Pratik and her daughter Asmi, but she couldn’t help but wonder if it would have been easier. Would have life been simpler if she had just stayed single or perhaps delayed having her child a little longer? Would she have been happier or would she have always had an empty feeling which was now perhaps filled by her beautiful family and her little dog Samy.
‘Mamma, can I go into the water?’ Asmi had interrupted Anjali’s thoughts.
‘Yes, of course baby! Let me come with you’. Anjali stood up and as she walked with Asmi said ‘Samy, look after our bags ok!’
Samy was clearly not bothered. Dachshunds have that persona about them; they can ignore you entirely because they somehow know you are suffering from the ‘small dog syndrome’ that means that they are safe no matter what for they are cute. Samy sat there looking into another direction where some dogs were still barking at her for invading their space.
Asmi jumped into the water as soon as she got close splashing water all over Anjali’s clothes. The little four-year-old was so full of energy and drama that Anjali always wondered where all that energy came from. She was tiny and skinny with curly hair like her father. And such curly hair that one would presume that it needed a lot of energy to be that luxurious. She had enough to run a marathon, ok, maybe half a marathon. Anjali was sure that it all came from her father’s genes as she certainly was never this vibrant and agile as a child.
‘Mamma, mamma, mamma’ ‘
‘What Asmi?’ Anjali was a tad irritated.
‘Why does fishes live in the water?’
‘Because they have gills to breathe under water and nature has made them that way, and you must ask ‘why do fish live in the water?’
‘Ok. Can I breathe under water?’
‘No baby, you can’t, we don’t have gills’
‘Why we don’t have gills?’
‘Because we have lungs to breath’
Before Asmi could ask her what lungs are and Anjali had to explain human anatomy to her, Anjali said in an excited voice.

‘Asmi, I think that’s enough, let’s go out and make sand castles’
Anjali knew that she must always reply to each and every question that Asmi put to her and on most occasions she did, but sometimes she got impatient and diverted Asmi’s attention to something else, as would any harried mother.
Anjali’s phone rang in her pocket. Who was calling? She certainly wasn’t expecting any calls.
‘Hello!’
‘Am I speaking with Mrs. Anjali Naik?’
‘Yes, this is she.’
‘Hi Ma’am, I’m calling from Mr. Jayant Naik’s office. Mr. Naik would like to have a meeting with you tomorrow afternoon at 3 p.m. Would that be a good time for you?’
Anjali nearly dropped her phone. Words seemed to have disappeared from her mouth. It was as if she had forgotten how to speak.
‘Mamma, I’m hungry’ Asmi was endowed with the special knack of snapping Anjali out of any trance she went in to.
‘Hello! Ma’am?’ The voice on the other side spoke again.
‘Yes, Yes, I’m here’
‘Should I confirm the meeting?’
‘Yes, I’ll be there. I know the address’
‘Thank you, have a great day ahead’
‘Thank you’
Anjali felt like she couldn’t breathe. She was short of words, as well. Something she had never experienced before as the ‘chatter-box’ amongst her group of friends.

‘Mamma, I’m hungry.’ Asmi was getting more and more impatient now.
‘I want French fries,’ she said.
Anjali picked her stuff up from the sand and proceeded towards a shack close by. She sat at a table and the waiter instantly came by with a menu.
‘What can I get you, ma’am?’ asked the waiter.
‘One French fries and a watermelon juice please.’ blurted Anjali.
She gazed at the waiter as he walked away. Asmi had managed to distract herself and had started playing with Samy.
Anjali looked at her phone and dialed her Mother’s number. Her mother answered the call immediately as if she was sitting waiting for a call.
‘Hello!’
‘Hi Mom, how are you?’
‘Hi Anjali, I’m fine, how are you beta?’
‘I’m ok, I wanted to talk to you about something important’
‘Sure come home, let’s sit and talk. I’ll make your favorite jaggery pancakes’
‘Umm, sure mom I’ll be there in an hour’
Anjali hung up and called out to the waiter. She asked him to parcel the order instead. She had to leave now. Promising Asmi that she could open up the parcel and eat in the car, Anjali briskly walked to the car with her daughter and her dog.
As Anjali drove home, she had a million thoughts going through her mind.
‘Is this really happening?’
‘Is he The Jayant Naik?’
‘Of course he is The Jayant Naik, you tried to reach him first remember?’
Anjali found that she was talking to herself. Engrossed in her thoughts and her questions, Anjali reached her mom’s house and parked in front of the gate. She leapt out almost forgetting Asmi and Samy in the car. She ran towards the other side of the car and let Samy and Asmi out. As she reached the door and her mother opened the door, even before Anjali rang the bell.
‘Mom, you’re like Jaya Bacchan from K3G. Oh no! You’re like Hema Malini from Baghban’ Anjali was trying to make jokes like she always did when she was nervous.
‘I saw you coming, Anjali, look! CCTV!’ Shobha pointed at the new CCTV cameras that she had installed around the house as a measure of precaution.
‘Prevention is better than cure’ Shobha always said, but Anjali was a little reckless, unlike her mother.
‘Nani!’ Asmi jumped towards her grandmother. ‘Hi my baby, how are you?’
‘I’m fine, how are you? Look my new tattoo’ Asmi pointed at the stars her mother had drawn on her hand that morning.
‘Oh wow, you also want to have tattoos like your mamma?’
‘Yes,’ said Asmi. following it up with,  ‘Nani may I watch TV?’

As Shobha settled Asmi in front of the TV, Anjali sank down on the sofa and leaned back closing her eyes. Somehow she always felt instantly at peace the moment she saw her mother. Samy cuddled up to Asmi on the sofa.
‘So Anjali, what is it that you wanted to talk about?’ Anjali’s mom sat down beside her as she placed a tray of Tea and Pancakes on the coffee-table.
‘I found him Ma’ Anjali replied barely audible.
‘Found whom?’ Her mom raised an eyebrow skeptically.
Anjali looked at her mom and she immediately knew who Anjali was talking about.

‘You found your Father?’ Her mom almost screamed.
‘Shhhhh, yes I found my father, your husband’

‘That’s not the point, Ma. He got in touch with me. Well, actually his assistant got in touch with me and me asked to meet him tomorrow at 3 pm. I said, yes’
Anjali talked really slowly so that her mother could process everything.
‘Ok, so you’re going despite me telling you not to? Despite telling you how things ended and how he wanted to have nothing to do with you and me?’
‘Sorry Ma, but it’s really important for me to know the answers to my questions. I want him to tell me how he felt and why he did what he did. I hope he doesn’t turn out to be like Salman Habib from Zindagi Milegi Na Dobara. Imran was really hurt’
‘Anjali ,stop comparing your life to the movies.’ Shobha was clearly upset.

‘What are you going to say to him? Does he know who you are?’
‘Yes, he does. I told him so in the email’
In her head, Anjali was going through the email she had sent her Father. She knew exactly what she had written and she had deleted and edited it a thousand times before finally pressing the send button.

‘Dear Mr. Naik,
My name is Anjali Naik and I am your daughter. My mother Shobha Naik isn’t aware that I am writing this email to you, hence I request you to keep her out of this.

I would really appreciate it if you took some time out to meet with me and talk. Your brother Mr. Suhas Naik gave me your email ID. I don’t even know if this is the right email ID. I always knew your name as you can see I have your last name, but I never made any attempts to meet you because my mother wouldn’t allow me.But this time I am taking the ‘Leap Of Faith’ and sending you this mail in the hopes of finally seeing you face to face and perhaps having some of my questions answered. My contact number is mentioned below.
If you are not the right Mr. Jayant Naik, please ignore my mail and do not reply.
Warm Regards,
Anjali Naik.’

Anjali was looking at her Mother who had now calmed down. She always knew that someday Anjali would try and find her father. There was nothing that Shobha could do anymore. She had to let Anjali decide on what she needed to do and support her. Maybe Jayant had changed and was not the selfish person who had once left them both for his career. All she could do now was to be with Anjali so that she could protect her, like she always did.
‘Mom, you know I love you right?’
‘Yes, Anjali, I love you too. Do what you think is right, beta. You’re a grown woman now, with a family of your own. You can handle this’

‘Thanks, mom. I don’t know what to expect but I hope I can put my life in perspective after tomorrow.’ 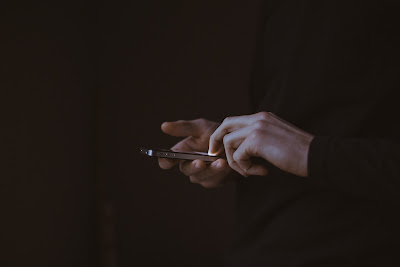 Prutha Pai is a MBA graduate in Finance. She started off her career as a teacher in a play-school and worked a few more jobs before starting work full time with her father in their family business. She is a mom to a 3 year old daughter. She started writing when she was little but grew more passionate about it as she grew older.