Six-year-old Joshua is lost. Hungry and grief-stricken, he is on a quest to find his family. Arathi Unni spins a riveting tale that takes unexpected turns and keeps you on the edge of your seat. 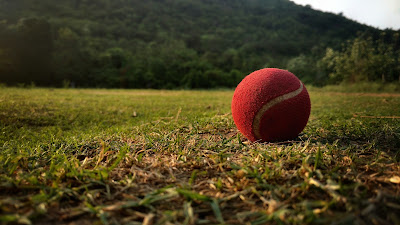 Crouched behind a thorny bush, he vigorously scratched his ear to relieve himself of that annoying itch. It had been a day since Joshua got separated from his family and his journey since then had been rough. Stranded in a forest, he spent the dark night hiding in the burrow of a tree, flinching every time an owl hooted, or a snake rustled through dry leaves. As the sun’s rays streamed in through the thick foliage, Joshua ventured out of the tree to find his way back to civilization.

Joshua was thinking about the day he had yesterday. He remembered waking up in his soft grey bed, the air wafting with the smell of hot pancakes, butter floating lightly on them. He stretched his legs and scampered to greet his mother in the kitchen, danced around her and positioned himself near the dining table to be served the first lot. When his father entered the room with his 4-month old baby brother, he ran to greet them and gave a peck to the baby on his cheeks. The startled baby belted out a cry, that got Joshua shunted to the corner for a few minutes of “silent time”. 6-year old Joshua was still a baby at heart; he jumped with happiness on meeting his loved ones, he loved sleeping, he tailed his mother through the house, he loved with a heart the size of a mountain and he was always hungry. Now as he was hiking his way out of the woody region amidst insects and wild plants, he thought yearningly about his snug bed, his beautiful family, the warming sun in his porch where he would have been basking had he not been stranded in this scary place.

His ears suddenly perked up at a familiar sound; that soft purr of an engine, the crunchy sound of wheels on gravel, that smell of burning fuel. He was nearing somewhere he could relate to. He quickened his pace and followed the noises that were now getting louder. In a few minutes, he found himself crouched behind that thorny bush, scratching his itchy ear. He peered through the bush at the world that had unfolded in front of him. There was a road frequented with a few big vehicles. Across the road was a towering old house with trees and a sprawling garden, surrounded by a fence and an iron gate. He saw a man in grey clothes, with a bushy moustache and a stick in his hand, sitting outside the gate, munching on what looked like a sandwich. Joshua’s stomach grumbled with agony on seeing that morsel of food entering the man’s mouth, getting ground between his teeth, his tongue slithering out occasionally to wipe off the crumbs settled on his lips and moustache. He realized that it had been a day since Joshua had those pancakes. Amidst the grief of losing his family and the fear of being alone in a new place, he had forgotten about hunger or thirst.

He slowly crept out of the bush and scanned the empty road. In a few seconds, he was on the other side, running towards the man with the moustache. As he neared him, the man turned to face him, picked his stick and yelled, “Off you go, fella! We don’t need no wastrels here!”
Joshua ducked and ran for his life; angry men with big sticks always scared him. He scampered away from the gate through the bushes that lined the fence of the house. When he finally stopped and looked back, he could hear his heart pounding, he was panting, his tongue out with exhaustion. As he calmed down and looked around to assimilate the place he had stopped in, he saw a gaping hole in the fence of the house. He peeked inside and saw people in the garden. There were men and women with sticks in their hands; these sticks were different from the one he saw with the man at the gate. The people were walking with these sticks pinned on the ground, hunched, slowly shuffling from one place to another. On the other side of the garden, he saw a bunch of little people, a few like his baby brother and some a little older like his neighbour’s kids, all gathered around in a circle in the garden. Their giggles and playful shouts took him back to the last day he spent with his family.

After the fiasco of him and the crying baby, Joshua was fed buttered pancakes and eggs. When his father took out the car keys, he ran around the house, unable to contain the excitement of a road trip. He hopped in to the car with his family and they drove away. As they crossed the limits of the city, the roads became emptier, the sounds grew lesser, he spotted an occasional rabbit in between hedges. After what seemed like a few hours, his father finally parked close to a wooded area, in an isolated stretch of the road. Joshua got out with his father; mother and brother still waiting in the car. His father produced a ball from the boot, his favourite ball. He knew what was about to follow. Father flung the ball through the trees and Joshua stormed behind it to fetch it. He found the ball and ran back to the road with it, only to find the car gone. He knew he had taken the wrong route; how could he be so careless! He knew his parents must still be looking for him, panicking the way he did, when he didn’t see them. They were the people he loved the most, it was only natural that they loved him too.


He was suddenly shaken up by the sound of something that fell in front of him. His heart jumped with joy when he saw his favourite ball.
“My ball! It found me! My family will find me too!”, he thought. He picked it up, only to realize that it wasn’t his ball, but one just like his. A few little people came running towards the fence, searching for the ball. As he looked at them, he wondered if he could meet them, if they would give him a shelter till his family reached him. Or would they chase him like the man at the gate? He mustered courage, took a leap of faith and climbed into the garden through the hole, with the ball in his mouth. He ran towards them with the ball slobbering in his saliva. They flinched when they saw him, but in the next moment, they were all over him.

As the kids crowded around Joshua with frenzied excitement, a man and a woman rushed towards them, sat down and petted him.

The woman said “Jody, look at this one! This puppy looks abandoned, we should keep him. He will be the perfect way to debut the Animal Shelter you want to add to the Old-age Home and Orphanage.”
*** 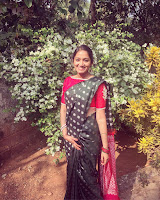 Arathi is a witch trapped in a Muggle’s body, trying to spin some magic with words while she can. She is a pet-parent to 2 dogs, works in an FMCG in the day, dreams (literally and metaphorically) in the night. Her long-term ambition is to write books that connect with the soul in her farmhouse (which would also double as a shelter for homeless dogs).
Arathi spent six weeks applying herself to an Online Creative Fiction Writing Workshop with Shweta, the Editor of Inkspire. 'Joshua' is the culmination of her hard work at the workshop.


This is what she had to say about the workshop, "I found it very helpful; while writing is supposed to be a creative activity, your sessions gave me a lot of perspective on how to pen things down better without template-ising them. I now keep these lessons in my mind every time I write something and it helps me in unpacking and laying down my thoughts better."