What do you do when you are faced with the choice of a trip to a dream
destination with your husband but your Mother grumbles about helping you out
with your kids?
Do you let guilt prevent you from travelling or do you make a leap of faith and
trust things to come together?

Zainab Raazi writes about the choices she had to make to take a break. 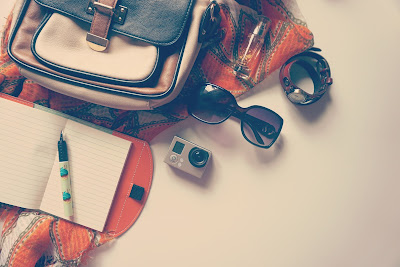 Have you noticed how kids make vacations seem shorter? They also make it seem
like the time lapsed between couple vacations longer.
Well, it had been a while since my husband and I took a vacation alone or so it felt
like when suddenly he got the opportunity to travel to the United States of
America. The kids vacation had started. And I jumped at the chance of heading
out for a quick break with him. “My mother could look after my seven year olds”, I
thought, already making plans to take a break from constantly being in mothering
mode.
Ah, but like all best-laid plans, these too seemed to be thwarted by the news that
my mother was unwell.
She had severe knee pain and was to be operated within a month. And to add
to the general situation, my younger brother was in the midst of his Law exams,
as well.
I found myself in a fix as I found my self split into multiple conflicting
personalities.
The Mom part of me knew that while my children were grown enough to be left
to their own devices, they still needed guidance and would need to be managed
by an adult, who was clearly in control.
The wife part of me wanted to travel with my husband. I was not sure if I would
get a chance to travel alone with him, in the next couple of years.

The traveler part in me was waiting to explore  - Honolulu, Las Vegas and San
Francisco.
The daughter part of me was worried about my mother’s health. But the daughter
part of my self was also annoyed by my Mother being more concerned about her
son being ‘distracted’ by my kids, than her own health.
I mean, he was a “big boy” who could study in his room and I said as much.
My mother made it clear that I was being selfish and a part of me seemed to
inclined to agree with her.
But the other part of me could not help but want to travel! For, let us be serious
- Who gets to travel to Hawaii everyday? It was a dream ever since my
honeymoon and I just could not let this opportunity go.
I decided to go.
Even if it meant, not taking my mother’s feelings into consideration.
Even if it meant not worrying about the micro-managerial details of parenting my
sons.
Even if it meant pushing my concerns about my mother’s impending surgery into
the recesses of mind.
I was going to travel. Even if it meant that I would have unpleasant consequences
waiting for me when I got back home.
It was literally a leap of faith.
Maybe not as huge as the kind others make, but for a stay-at-home, full-time
mother and devoted daughter, it was the kind of decision that had the power to
keep me awake at night.
I did as much as I could before I left.
I arranged my maid domestic helper to stay with my parents and organized
everything to run as smoothly as it could in my absence.
I reminded myself that my mom has independently taken care of my kids many
times. This was neither the first time, nor was it to be the last.

As someone who shares everything with my mom, the decision did take a toll on
me, though. Deep inside I knew that she was worried. But I remade sure, to
assured her that, it was okay. And, we were good.
I travelled with my husband. I would be lying if I told you I left with zero baggage
for a lot of the concerns did travel with me, poking me at times from the corners
of my mind. But, travel I did. And I made memories and I had fun. I came back
home after ten days and no one was hurt. All was well.
Today, five years later, despite the fact that I feel it was probably a tad selfish, I’m
glad I went. That holiday is so close to my heart. It was fun and memorable.
Of course, I did keep my fingers crossed for most of the times. I’m not scared to
fly, but as a parent or as someone who has an ailing parent, you know the “what
if “thought that always comes in.

If anything my mom and I only got closer after the incident. I guess, she never
expected me to actually go. But she also did not expect me to stay day and night
with her at the hospital post-surgery, a few months later.

I still wonder if I did the right thing. I wonder if something similar were to happen
today, if I would have the strength to take a leap of faith.
What would you do? 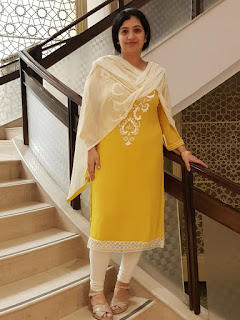 About the Writer :
Zainab is a blogger and an aspiring writer.
She started blogging a couple of years ago to spread her wings and see what’s in store.
A few of her articles were published in The Indian Express, and gave her the the impetus to start writing.
Zainab decided to work on her writing through a Creative Non-fiction Writing Workshop with Shweta, the editor of Inkspire. This piece is what Zainab came up with after six weeks of working on her non-fiction writing skills. Zainab had this to say about the workshop experience -
"The workshop with Shweta, has been super fun and helpful!
Writing about a few forgotten memories, travel escapades was rather enjoyable!
Shweta has been a very good mentor, and I feel glad that I participated in the Workshop."
Labels: Creative Non-Fiction Featured Writer Indian Writers Inkspire Leap of Faith