POETRY | Beneath the Stars by Maya Philip

Glistening stars pleading with her
Their light hoping to cause a spark
But her heart choosing to see the dark.
Gleaming waters calling unto her
Their silent ripples yearning to surround
Her despair she was looking to drown.

Glittering promises had once invaded her
Made her lose sight of what was extant
Thinking back, it seemed so distant.
Giving up was all she could do
The misery, the shame, all enveloped her
She was losing herself, fading into a blur.

Gathering the pieces that once formed her
Strewn all around like bits of confetti
Not of laughter, but a grief- themed party.
Gripping fear no longer surrounded her
Questions asked no longer defined
She had lost, she had resigned.

Gruelling moments she had spent thinking
Stoically she'd decided, it made her weep
All she had to do was just take a leap.
Glancing down at the bundle in her arms
She had felt nothing but now the confusion
Firmly breaking through her resolution.

Guilt, pain, humiliation, all the emotions
They had said the girl child was a bad omen
But all she ever saw was a piece of heaven.
Guarding the child in this devious world
She didn't know what was good, if she'd make it
All she knew was that it was easy to quit.

Glowing specks made her look up
All the stars seemed to be watching her
They felt her pain, all that she had to incur.
Granting her the chance to pause and breathe
She looked down at the babe who'd started to stir
And she knew exactly what she'd prefer.

Glum waters looked on defeated
The celestials had managed to get through
Of radiant times had given her a preview.
Guiding her away from all the bleakness


The stars gazed as she was walking away
Hugging her little girl whom she'd no longer betray. 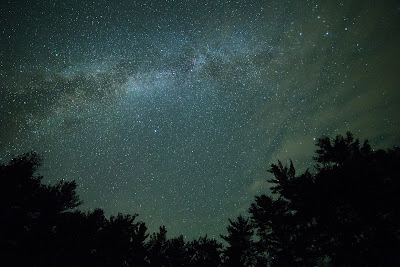 Maya Philip's love for reading inspired her to write small pieces of her own. She started writing as a hobby and hopes that it will not grow into an overwhelming passion. In her normal life, she juggles being a wife, a mother and an orthodontist. Her alter ego prefers to believe that she's saving the world, one word at a time, and you can catch her @payattentionmama on Instagram.