Anoushka slowly picked up the box full of memories that she kept under her bed. It contained all her childhood treasures – a teddy bear given by a close cousin, dog and cat soft toys that she had won at a fair while on a family vacation, an album containing photos of her family, relatives and school friends, a toy keyboard that she had loved to play, birthday cards and heartfelt letters from her cousins who were also her best friends. She loved having and going through her special treasure chest, on good days and bad. It always stirred up memories, some that she hadn’t thought of for a long time. Now it took her back to the time when she made the decision that would change her life forever.

She remembered that rain had continuously been pouring outside her newly painted light blue coloured house on that day. There was a soft breeze, which ruffled the leaves of the banyan tree that stood in the centre of her garden. She could also hear the water falling on the wooden swing that was tied on one of its thicker branches. The swing on which she had spent so much of her childhood. The earthy smell of the first rains of the season was also something that she had always loved. But she was older, and so couldn’t necessarily go outside and dance in the rain, much as she longed to. And besides, she had to concentrate – her entrance exams results were being released in under an hour. Her nervousness was palpable. The tension in the room was finally eased when she found out that she had obtained a top 20 rank in the state, out of the 5000 or so people who had written the exam. It pleasantly surprised her though. While she thought she had written the exam well, after all the average results that she had gotten for other exams, she had not dared to hope for such a good rank.

It was a natural question that got Anoushka thinking. Years later though, Anoushka would always look back at this moment as the one that changed everything that she had known so far. She had chosen her stream because she thought that it was where she was meant to be. Not willing to fight her belief that some higher power had actually shown her the path to be taken had been a big mistake. This was only compounded by the experiences that she faced in the field later on. True, college life was mostly exciting and fun. But work wasn’t the same, and it had mainly to do with her colleagues; being surrounded by manipulative people does tend to bring you down.

Back in the present, Anoushka identified her thought process and the choice she had made as being much like the well-known poem “The Road Not Taken” by Robert Frost. However, it was in the kind of difference made that perpetually caught her off guard. She hadn’t realized then that, this decision would set her on a course of events that she could not change, and one that would cause her so much unhappiness. Well that, and the fact that at that age she was mostly reticent, and prone to agreeing with others. Never wanting to say no and the fear of disappointing others had haunted her for a long time. Still, she had grown up since, and seemed to have only disappointed along the way. No divine or cosmic intervention was available to save her now.

Anoushka tried to make her mind change track and slowly thought of all the good things that had happened to her in her life so far. Her happy childhood was the first that came to mind. For it had indeed been very happy – filled with love, play and joy. And her pet Labrador, Sadie, whose continuous presence was such a comfort to her family. Next was her loved ones – she was so thankful for all those who were still with her. She also thought of happy holidays, spent travelling with family. The soft toys from her childhood that she still treasured. The abundance of happiness that she received whenever she walked into a room filled with her family.

She decided then that she would continue to work towards the kind of success that truly made her happy, and which had so far eluded her. And if it didn’t work out, she could always try to work in another field. It was never too late to do what you want, after all.

But deep within her heart, she knew that someday her turn would come. Soon it would be her chance to shine. And how she longed for that day to arrive – when she could hold her head up high and confidently say that her presence had made a difference. When people would say how proud they were of her. That it had all been worthwhile.

These thoughts brought a smile to Anoushka’s face. Shaking her head, she carefully put her treasured items back in the box, closed it and gently placed it under her bed. To be opened another day, during better times. 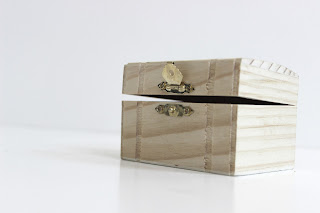