“Shh.... not so loud Samika,” her mother quipped pulling her into a warm embrace. “Your father is dining with your uncles and brothers. You know they don’t like it when you are so loud, right?”

“But why ma? I am just singing, you know how much I love to sing with Indian Idol participants.”
“I know, love,” replied Urvasi lovingly, “but you are a girl and girls have to be ladylike, especially when there are visitors in the house. Remember, one day you will find a way to make everyone hear you not just sing but roar. Now come on, come help me in the kitchen.”

Udaipur, the city of beautiful lakes steeped in the colours of Rajputana echoing the tales of valour and tradition. This is where she was born and learned to walk, talk, eat, sing, dance and adhere to ‘parampara’. Born to a pedigreed business family, luxuries had been a part of her blood. With a big family of grandparents, parents, four younger brothers- Samika had everything one could ask for except the freedom to express herself. Her mother lovingly explained to her the meaning of being born in a family like the one she belonged to with the stories of the fighting spirit of various women of Rajputana from Panna Dhai to Padmavati through her growing years. She gradually accepted the role of a lady and her passion took a back seat, but the fire in her heart never really died.

“Mumma, Mumma, Mumma! Where are you lost?” Samika was jolted back to reality.

As her daughter Riya was growing up, she often remembered her own childhood and the forgotten passion tugged at her heart. There was another party at the house today, the men of the family, including her 13 and 17-year-old sons, were entertaining in the ballroom while her 15-year-old daughter was busy sulkily trying to look ladylike enough for dinner later. Another talent show was about to start on T.V and Samika could sense the building excitement in her daughter to join the singers. Her heartbeat increased remembering the sense of the last party where her husband had blasted her for not teaching her daughter to behave herself when there were guests in the house. She tried telling him how gifted Riya was and that he should appreciate and hone her talent. But he had been adamant. He believed singing belonged to the lower class of entertainers who had no place in his family that was distantly related to the royal family of Udaipur. She was tired of the fights and of her daughter’s disappointment.

“Shhh...” She started to say. But checked herself. With a quick prayer to Lord Krishna, she fished out the karaoke set hidden in the cupboard, plugged it in, turned the volume to the max and handed the microphone to her daughter.

The ‘shh...’ turned to “Show the world, my love. It is time for the world to hear you”. As her daughter’s melodious voice flowed out and entered the ballroom, there was a stunned silence and her mind was filled with the voice of her mother saying “one day the world will hear you roar”. Her reverie was broken when her daughter completed the beautiful piece and the house filled with applause from the guests. She joyously embraced her daughter with teary eyes. What would happen next, is a story for another time. But now that the lioness was awake, she knew she would keep her cub safe and her roars would only get louder. 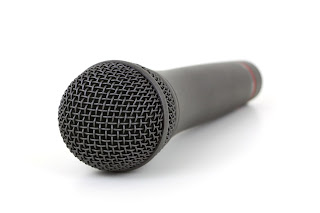 Sween Garg is a mother of two lovely children who loves to travel and see the world through experiences. She is an interior designer by profession who is now dabbling in the world of writing.
Sween worked on her writing through a Creative Non-fiction Writing Workshop with Shweta, the editor of Inkspire. Sween had this to say about the experience – ‘Thank you so much for everything and most of all for being understanding. Your love and guidance will stay with me for a long time. ’
Labels: Creative Fiction Featured Writer Hear Her Roar Indian Short Stories Indian Writers Inkspire