'Mone Champu, how do you expect humans to understand our language or love us. All they can hear are croaks. Mone, don't forget that you are a frog.' Reality hit Champak yet again and he sat there frozen, merely looking his parents and croaking his tears away. 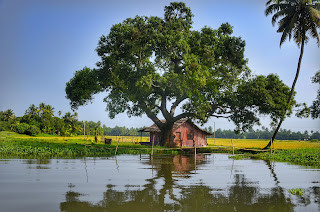 About the Writer: Rajeev Unny is a father to a 6-month-old who discovered the joy of writing while looking at a simple spotlight. He is a singer, a guitarist and an avid traveller.  A finance guy by profession and a dreamer by choice. Rajeev lives with his wife and son in Bangalore.
Labels: Creative Fiction Indian Writers Love is Love