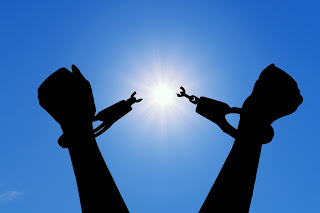 “I would never do that. I’m telling you! I didn’t do it! You have to believe me, Officer Madhan!”
Surya pleaded to the police officer that cuffed his hands.
Officer Madhan roughly shoved him in the back of the squad car, ignoring his pleas. Surya dejectedly looked out the window, where he saw his son and daughter trying to break free of his wife’s grasp. Surya’s children kicked, screamed and cried, trying to wriggle away from his wife and come running to him.
Surya looked at them, mustered a smile and mouthed, “It’s going to be okay! Daddy just has to take care of a problem. I’ll be back before you know it.”
He looked up at his wife, who was sobbing as she held the kids as tightly as she could. He heard the car door slam shut as Officer Madhan got into the driver’s seat. Madhan gunned the engine and accelerated, leaving Surya’s family behind, still in shock at what had happened.

Officer Madhan’s partner, Officer Ashok, looked at Surya from the passenger seat, “You’re going to be behind bars for a long time, buddy.”
Surya looked up at him with teary eyes, “I told you, sir. I didn’t do it! I could never do it! If you think I could do something as horrible as this, then you are mistaken!”
“Yeah, right.” scoffed Officer Madhan and Ashok, “That’s what they all say. And they’re all liars. Face it. You committed it. There’s no running now.”
Surya looked at them despondently, knowing that he couldn’t convince them. But he didn’t do it though! Surya was an honest man, one who would never lay a hand on a fly.
“I wish I could somehow make them believe me,” he thought, “I didn’t kill that family!”

“Alright, listen up!” Madhan said when they got inside, “Vikram, you take our friend here to meet his lawyer. Ashok and I will be at our room, reviewing the evidence. Join us after you drop him off.”

The older officer-who Surya now knew was called Vikram-nodded and Officer Ashok relinquished his hold on Surya. Officer Vikram took hold of Surya and guided him to his lawyer. The lawyer immediately opened the door and greeted Surya.


“That’s one more thing having hope gave me.” Surya thought. “It gave me a chance to hold my kids again!”

Sanjeev Shankar is an eighth grader who lives in Boston. He has been surrounded by video games and books his whole life. As soon as he touched his first book, the words consumed him. This passion for reading fuelled his love for writing and being able to create stories. In his spare time, he reads books or plays video games.