CREATIVE FICTION : My name is Hope by Megha Varier 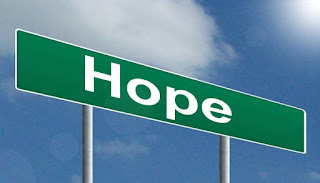 I’m all of four letters. That’s right, four. Some people would say that I’m too short to even make a statement, let alone survive on my own. But I disagree. Do they know the weight I have to carry, day after day, day after day, enveloped in these four heavy letters, trapped within their dark, tall walls? I certainly think not.
Sometimes I see my name scribbled on white sheets of paper, crumbled and tossed out quaint, beautiful French windows. Then, they lie in the garden, outside the window, forgotten and left to perish. Somehow, I appear to be heavier in those crumbled papers, weighed down by disappointment the writer felt, while running her jet black ink pen over the paper. And when the balls of paper finally become one with the soil, it leaves behind a blackness so black, that the moon has to shine bright enough to make up for all the blackness. I feel a little burning sensation in my chest right then; probably that’s what they call sadness. How am I to know for sure though?
As much as people would want to make you believe, I am not quite fond of seeing my name in any physical form. Be it written on a paper or a poster, on the mobile phone cover of the co-passenger next to me on the metro, or printed in bright colors on an advertisement screaming from the rooftop of an eight-storey building, or even tattooed onto people’s arms, legs and backs. It just doesn’t please me so. Well, you could ask me why, and I could just dismiss your question with a wave. What gives me joy, real joy, is to see my name reflected in people’s eyes. I am not sure whether they see it in their own eyes when they look at themselves in the mirror to adjust their kajal, pop that overgrown pimple or pick that last morsel of food clinging onto their beards. But I do.
Let me take you in onto a secret not many people are aware of: I am not one of those popular ones, always on the lips of the millennial. Most of the time, I lead an invisible life, away from the noise-making, binge-watching crowd. Of course I have fans, but they just don’t realize it yet. But all is not lost, as someone once said. There are times when people seem to want me around them more, almost wish their way into making me stay. This is particularly true at the beginning of the year, every year. By now, I am familiar with the drill. I start getting the wind of it by mid-December, growing stronger as Christmas comes along. Then the speed just shoots all the way up, up up and up, only to come down like the tiny, bright bits of light from the colorful fireworks on New Year’s eve, raining down from the sky. Until you can find no trace of it anywhere, but in the minds of the scores of people who stood witness to the spectacle. Then come the days that quickly extend into weeks and then sometimes even months, where I would be forced to lay low in the ground, waiting for something, anything so that I can sprout. Breathe.
Most often, that’s in the form of a little money plant immersed in a pretty glass bottle filled with fresh, clean water, placed either on a window-sill or adjacent to a reading lamp resting on the newly organized wood table. Until that one stubborn wind knocks down the bottle from the window-sill, or they forget to change the water, that tiny, thirsty insects (now dead) begin to float in the yellowish water. And then I am tossed out, the glass bottle dumped into the pile of trash to be taken to the recycling machine at the nearby supermarket.
But that’s alright, I get it. Even seasons are seasonal, temporary; but sure to return nevertheless. Why should I, of all things, be immune to it?
There’s also this funny story. Sometimes they mistake others for me, but then I let it be. I’m fluid that way. You know when they have a combo offer at a budget supermarket during a season sale and two or more items are clubbed together and made to look appealing to the customer? How do you think the lone soap feels, to be tossed along with an out-of-fashion bed-sheet and an assorted collection of pillow covers? Well, you didn’t actually buy the bar of soap, it just came along with the rare sale offer of a bed-sheet and pillow covers sold together. So you take it home, you take all of them home. And the soap doesn’t complain, it just lets it be.
Until the day my buyer runs out of shower gel and reaches inside the drawer for the abandoned bar of soap. And then I feel myself again, and let my user have a refreshing, lemony-scented shower, in time for the New Year’s eve party. By the time she gets out of the shower and dries herself with a towel as smooth as fur, I am long gone. Gone down the drain, mixed with the warm running water from the shower, now foaming my way into the sewage. When I manage to finally meet the soil, I lay low, yet again. This time, not as a black layer of ink that dripped from a crumbled paper, but as a cool goodnight kiss on the eyes. 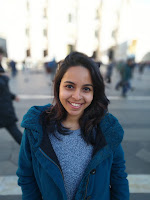 About the Writer :
Megha Varier is a journalist, currently taking a break from full-time journalism to be a student in Germany. While working in the news media had put a sudden break to her creative fiction writing, she is now in the process of reclaiming her creative voice through poetry, prose and memoirs.