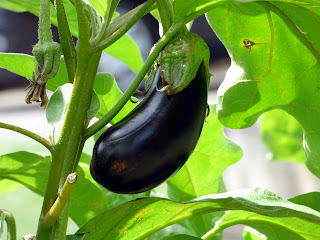 Jamila was watching the muddy road hopefully. Two days, it has been two days since their sales started to tumble. Theirs was a small family whose livelihood depended upon sowing and reaping brinjals and selling them in the village market. Ramal goes to the market on his ruddy bicycle with the basket of brinjals. The couple did not have children to think of and so they lived from moment to moment. Jamila’s uterus was often compared to parched land by her mother-in-law, but her heart was so full and beautiful that Ramal could not feel any less contented.
“Some big market chain or so I thought. But this is something else. Their brinjals themselves look and feel different” Ramal muttered breathlessly as he chained his bicycle to the post.
“What is it we are doomed to now? Do you think we might get an explanation if we ask the
Headmaster?”
“We might. Let’s do that”
They drank the rice kanji and ate the brinjal curry in silence. It was always the same food for them to eat, the same schedules for sleep, the same routines of work, much like an infant.
The Headmaster invites them inside his house. “Well,” he exhaled. “BT crop is genetically
modified to carry a gene from a naturally occurring, soil bacteria. They give higher yields at half the pesticide expense of conventional seeds”
“But this is abnormal. Isn’t this against nature? Will this not cause harm? It definitely will!” exclaimed Jamila.
“And, what about our livelihood, Sir? If these corporate chains take over with some scientific blah blah brinjal, won’t we become invisible and redundant?” questioned Ramal.
“The Government has approved it, Ramal. Even if you continue sowing organic brinjals…”
“Organic brinjals is what we call brinjals now?”
“You are a daily wage farmer, Ramal. What can you do about it? You can wait until some farm activist, or a politician comes along to fight for farmers all over the country. But other than that, a simple man like you cannot do anything at all. You are a speck of dirt in the vicious cycle of Capitalism”
“So, Headmaster? Should we be silent spectators even if our livelihood is snatched away?
Even if it is against Mother Nature? How can something good happen out of it?” asked Jamila without missing a beat.
“I understand, Jamila. But, these corporates, politicians and scientists are an intransigent lot. You must be ready for anything that is going to happen. Hope. Hope for the best”
They returned home defeated with nothing but hope to stand with them in their vigil.
*
The formal papers are yet to be signed by the Ministry of Agriculture. Mr. Ashok Perrera, the brain behind the BT seeds was hosting a grand lunch for his team, friends and family at his huge bungalow just off the sea shore.
“I’m very sure that the farmers are going to benefit from this discovery, Sir. Your name will be etched in history for this revolutionary cause” blinked Keshav, his assistant.
“You would have said the same had Ashok invented a magic potion to revive hair loss, Keshav! You are his puppy” laughed Anjali, Ashok’s sister.
“You think this is a joke, Anju? The root and shoot borer would infect 60% of the yield and the farmers were mostly at loss; they spent money on insecticides.This BT brinjal is going to bring a revolutionary change. Infections will be less; no more money spent on pesticides; the yield would be exponential and Mother Nature would not be as exposed to  poisons as before. Do you still think this is a hopeless discovery, Anju?” asked Ashok.
“No, Ashok. This is justice for the farmers all over the country. I hope the Minister gives a nod to establish BT brinjals all over India. I really do,” Anjali demurred.
“I hope so too” smiled Ashok, raising his glass.
*
Mr. B finished writing a compelling bid to the Government to obtain the entire tender quota for the wholesale market of BT brinjals . He believed it was too early but he was not a successful businessman for nothing. Spontaneous, fierce, ruthless in his decisions with zero thoughts spared on the consequences, Mr B had taken over his father’s business and established an empire for himself. He did not owe his success or failure to anyone and yet this time he found himself rooting for the tender to go his way.
*** 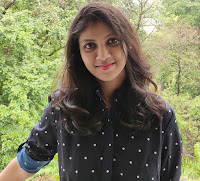 Sandhya Selvam lives in Mumbai with her husband and their baby girl. Apart from enjoying Motherhood, she is an avid reader and an occasional writer. She believes that evolution of a person begins from within.