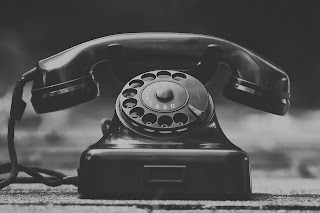 Dressed in a typical white shirt and brown corduroy pants, he appeared much taller than he actually was. The black and gold hero pen in his shirt pocket looked out of place on this attire, like a piece of the past that he carried for comfort. He ran his wrinkled hand through his grey, thin hair. At 80 years of age, given the wrinkles, his face appeared wise and serene. Lately, he had been feeling slightly unwell.
He could hear his friends in the other room. They had asked him if he wanted to join them for a game of cards or ludo. He had refused like he did every day, saying the evenings were very special and dear to him.
Venkataraman or Venkat, as his friends called him was a man of few words. Having worked at a government office for nearly 50 years, he moved to 'Ananda Home' in this remote corner of Mysuru after losing his wife to cancer. He had a son who had a mind of his own. This led to a fallout between the two and Venkat decided to move to an old age home to spend the rest of his life in peace. His grandson, Aditya was a little boy who was extremely attached to him. He would call Venkat everyday and the two would spend hours talking about everything under the sun. As years went by, the conversations between the grandfather and the grandson reduced gradually... Daily calls turned into weekly calls, before turning into a monthly exchange, hours of conversation turned into minutes of polite exchange. But, the love always remained the same and Aditya was still a little boy to Venkat.
The last time Aditya called, nearly two months ago, he had spoken about going to college.
It had become a routine for Venkat to wait near the phone everyday, between 5 and 6 in the evening. It was an untold agreement that, they would talk between this particular time, whenever they wanted to talk.
The room seemed to be filled with a beautiful yellow-orange light coming in from the window. Venkat turned around in his chair to look out of the window, the sunset looked beautiful and, the mild breeze felt cool and soothing. He felt a sense of gratitude well up in his heart as he realized, nature had been the only constant in his life since his birth. He closed his eyes and took in a deep breath, smiling at the setting sun.

He turned back and looked at the telephone on the wooden table next to him. He picked up the receiver for the tenth time to make sure it was working fine. He placed it back in the holder after he heard the phone functioning fine.
For the past ten days, he had been wanting to write letters to his grandson in the book. Every time he waited for his grandson to call, he would sit with the notebook and pen, but would never have the mind to write anything.
Today, he was determined to pour out his thoughts. He opened the notebook, the blank pages looked white and bright that it nearly hurt his eyes. He took out his pen and began writing.

Dear Adi,
It has been two months to date since we spoke. I eagerly wait for your call every day in the evening. I want to ask you about your college life and your studies.
I hope your parents are doing good. I somehow haven't been able to get myself to talk to them, neither have they contacted me in all these years.
Had it not been for you, my ties with the family would have been severed completely...
I often look back and recall the way you would call me 'Ajja...' I don't think there could have been anything sweeter to make this old man happy!
I still wonder how time flies.
The last time we spoke, you said I should get myself a mobile phone. I gave it some thought but then nothing can beat the charm of an actual phone. Holding the receiver and eagerly waiting to hear the other person talk... It sounds more real.
Let me tell you something, my health is not all that great these days... Some mornings I find it difficult to even get out of the bed. Life is like that, isn't it? It has been difficult without your grandmother. But I have managed to make some friends here at Ananda. They all have come from different backgrounds and have different stories to share! I have told my friends a lot about you. I am sure they will enjoy your company whenever you decide to come down and meet me.
Before I end this letter, I would like you to remember and carry this in your heart for as long as you can... Priorities will change and so will the situations, but never forget to stay in touch with your family. You may never know, the moment that you spend with them could be their very last moment with you.
I hope I will get to talk to you tomorrow!
Lots of Love,
Ajja"

Venkat looked at the notebook, the black ink against the white page had given it a monochromatic effect. The light in the room had faded and had been replaced with white light from a tube light on the ceiling. The room appeared white and bright. Venkat looked at the black clock on the wall, it showed 6:05 PM. He closed the notebook and got up to put it back in his room. His knees creaked as he began walking slowly and the red oxide floor felt cold against his feet. He smiled as he heard the kid Aditya say "Ajja, you know what happened today…" 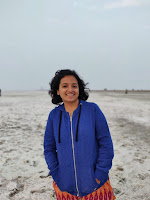 About the Writer :
Ragini grew up reading Enid Blyton. Over the years, she fell in love with the works of Sudha Murthy and J. K. Rowling, amongst numerous other authors. She loves to write and dabble with colours. She hopes to become a storyteller someday!