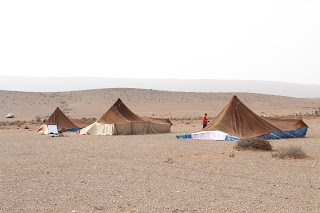 “You will kill me Maa?,” the tiny whisper was fraught with fear.

“I will be good as gold, like the devi sitting on the pink flower whom you worship each day before Baba goes out of the door”.

The streak of evil cackling laughter made Urvashi break through the dark haze of faceless heads and she sat up on her bed, clutching the end of her sari pallu. The lopsided mirror was dangling dangerously from the rusty wall hook right across her bed. Urvashi didn’t like what she saw. The salty taste of anxiety in her lips mingled with sweat beads; hair dishevelled as if caught in a fierce, unyielding storm, and eyes that reflected pure terror – an image of her wedding night, just five years later.

“Looking at one’s face the first thing in the morning is ominous gudiya,” Urvashi’s mother had heeded on her first and only visit to her daughter’s house after marriage. Urvashi had smiled and nodded. She knew that her mother was chastising her silently; “Amma thought that I want to see my beautiful face in the morning like I used to before marriage.” Her Amma was oblivious to the raw wounds lurking behind the doleful expression of her beautiful daughter’s tired eyes.

Inching closer to the mirror, Urvashi jeered at the two eyes which stared unflinchingly at her.

“You think beauty will be your weapon against the shards of the world?”

You think you will fight with beauty like your mother?

Your mother isn’t the warrior that you want her to be, and she can’t save you.”

Urvashi reached for the saline injection that her master/husband had left last night in the tiny fridge by the stove just when the blush of the crimson sky peeped through the crack of the dilapidated windows.

The injection looked pristine, Urvashi almost wanted the delicious tinge of pain to gurgle through her body and flood the broken images of a withered future. As she ticked the injection thrice, just like her husband had directed while self terminating her first pregnancy, she heard a sound. She knew the hollow skulled heads will come one day, but did they arrive so soon? Will her suffering reach its culmination now? Excited, more than scared, she moved towards the sound, her heart throbbing like the bubbles forming on boiling dal.

The sound seemed to be lurking behind the window. She felt her body rush like the swirling waters of the murky stream behind the house, she wanted her end to be near...so near...reaching out for the crevice of the wooden panel of the window...and ...

It took her a few seconds to adjust her vision; before slipping on the floor, her hand had hit the crevice and it lay open – the sky was a pale shimmer of golden hues, the crimson had faded. She waited for the pain to begin, she prayed as she looked around to see what had made her feet slip. A broken matka of ghee which had now rolled under the fridge was the culprit. She sat still. How many times she had tried to trip and fall, one time even down the stairs, but miscarriage had not been her blessing. She had been compelled to don the role of the vicious mother and kill her foetus with her own hands. The first two times her hands had trembled uncontrollably after she had injected the translucent liquid of the injection; her husband’s malicious voice bellowing in her head –

“Customers will not give a good price if they know the whore is pregnant.”

That was her identity – a beautiful whore that her husband paraded to his steady flow of lecherous ‘customers’ whom she had to satisfy to compensate for her lack of dowry that her widowed mother of six daughters was unable to garland her only son-in-law with. Her mother had promised that her milky-dew complexion will be her weapon; Urvashi was the only one who was spared the lashes of the scorching Rajasthan sun and the brutal heat waves of the arid sand that made her dark complexioned sisters’ faces turn a peculiar purplish red, glistening with spots of charcoal burns while their hands kneaded the clay for pots. Her mother would slather dollops of turmeric and tulsi paste on her face till they dried like cracks in the barren ground; after all, having a fair skinned daughter is quite an unheard miracle in the dingy slum of Bislampur. Urvashi was treated like a lotus among dirty, shallow waters; she was the only prize of the family to get a man without dowry; if only she learned how to wage her weapon – her beauty.

Impatient for the pain to arrive, she put her hands beneath her saree to check – still there was no sign of blood. She prayed to every goddess that was hinging on the rack from her steel cupboard, “Please, let there be a miscarriage this time.” Third time is considered auspicious and ominous both in different narratives, similar to her confused feelings – relief of not ‘killing’ her own child and anguish at losing another chance of being a mother.

But she really didn’t want be a mother of a girl child; “Let it be a boy this time,” she would pray to the unresponsive goddesses as she lay on the damp table with unclean sheets waiting for the scrawny looking nurse to tell her the gender of the child. Her husband would stand by the monitor, no sign of remorse at the possibility that he might not be the biological father; the cold sigh and shaking of head will narrate the silence of their future to Urvashi – this time also it is a girl. They knew what must be done; her husband would slip a few notes in the nurse’s sweaty hands to get the saline injection that dries out the foetus in the womb. Being a toilet cleaner at the village hospital, he had befriended a few nurses who would fill their half empty, greedy wallets in the dingy backyard rooms of the hospital warehouse.  Urvashi would clamp the end of her pallu in the corner of her mouth, covering her face and stare at the hospital wall “Sex determination is a punishable offence”. She didn’t know what it meant; an educated fair skinned girl would be a mythical creation in the squalor of the slums. For her, the red letters screaming empty shrieks of her unborn daughter was as illegible as the plans of her husband to become rich by selling his wife’s fair and supple skin each night to different sardars, jats, gujars of the village. He probably would stop if it was for his heir, a boy carrying the twig of legacy, but spending money to bring up a girl was as foolish as the nights when Urvashi would plead to not entertain his whims because of her monthly bleeding. Her husband would scoff, “You can bleed every month but not bleed and have a miscarriage when needed? That would save me the hours of consoling your stupid hysteria of killing your child. Now go and get ready, Balwantji has agreed to pay me enough to buy a new stove!”

Waiting for the blood to seep through her petticoat, Urvashi glanced outside to investigate the source of the sound that had drawn her. A tiny sparrow was flapping her wings with utmost anxiety. Peeking out carefully, she saw that a baby sparrow had got entangled within the maze of thin strings that hung from the hook of the window. The mother sparrow was frantically trying to guide the baby sparrow to manoeuvre her way out of the mess. As Urvashi slid out her fingers to ease the strings, the mother sparrow took flight but kept hovering near the open window, chirping endlessly. The inexplicable bond that Urvashi felt with the mother sparrow in that negligible hour of the morning was infinite – she gently slid the strings so that the baby sparrow could join her mother. Her heart soared a million skies as she saw the mother and child take flight through the dangerous winds – with courage and love.

That night when her husband directed another drunkard to her bed, she was ready. She knew both of them would pass out after satiating their physical energy. Urvashi got out of the bed, took the bundle of cash from her husband’s kurta that hung on the back of the door and was about to step out when she heard a voice. The same quivering one that she had heard in the morning...

She turned and took the idol of Lakshmi from the rack and stepped out into the darkness of the night, her heart pounding like a freed beast in the unknown wild.

Months later, Lakshmi, her first daughter was born in a military camp, at the brink of Sahara.

As she held on to her child, she wept for the other two for whom she couldn’t be a warrior and pledged that Lakshmi, irrespective of her skin colour, will use only two weapons in life – courage and love.

Ragesree Roy is a research scholar and passionate about turning mundane moments into stories. Her first flash fiction was published in From the Depths by Penny Fiction in 2014. She is fiercely vocal about human rights, especially  women’s issues. She loves animals and works towards the wellbeing of strays. She is currently working on a collection of short stories.