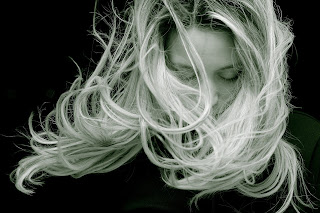 I had to find my way through the maze of alleys to locate her. She was fast for a Djard. My tracker kept pinging in different directions every time I accelerated in a particular direction. How was she doing this? She should know that I’m here to protect her and not kill her.

It was late in the night when my phone lit up with a picture of a girl. No description, just a hasty photo of someone I had never seen in my life. She was the assignment that I had been waiting for all my life. As a Djardiser, we trained to protect the others. The Djards were the species that made the world. They were smart. They weren’t strong enough to protect themselves as their brain worked too fast to understand an attack or dodge them. The Djardisers were then assigned to each Djard to protect them at all costs. They gave their lives to protect.

The summer I turned eighteen, I waited for a photo to turn up on my phone. An assignment was only given to the most trained assassins. If you don’t receive one, that means you have training left to do. I had been prepared since I was sixteen and practiced my skills till I received my assignment. I would’ve made dad so proud. He would’ve punched me on my shoulder playfully. If he was here, he’d be the first and last person I’d ever hug.

I skipped the alleys and rushed past the abandoned factory. I stopped. I walked backward, keeping my head towards the main door. A small figure stood there. She was trying to pick the lock. Her golden hair was glistening in the moonlit street. I approached her with silent steps. She didn’t notice me.

“Hey, what are you doing?” I said it very loudly, alarming her and making her jump back.

“Nothing”, She says shyly. “Who are you?” I can sense that she’s scared of me. I was towering over her.

“I’m your protector, Jane. I’ve been assigned to you.” I look at her closely. She looks younger than sixteen.

“You’re a child. How old are you? You’re supposed to be sixteen right? I’ve been assigned to you, so you have to be at least sixteen.”

Suddenly the door opens and we look at it in horror. There is no one inside or around us. Jane starts to walk in but I hold her. I can’t let her walk into dangerous territory, protector or not. She’s just a kid. She jerks my hand away and walks in. She doesn’t care. She seems determined to do something. I follow her inside and stay close to her.

“I’m fourteen. I can’t have a protector. You can go.” She did not turn back. She could sense me near here. She was too young to have enhanced senses yet. Maybe I was too close to her.

“Stop calling me a child. I can handle myself.”

“Yeah, I’m not waiting for you to prove that.”

It was too dark to see clearly. She didn’t wander around. She had a definite path set in front of her. It was an elongated warehouse with a lot of machinery. Most of them were covered with cinder and grease. She kept walking ahead, towards the end of the shop floor. I stood there looking around for any movement. Not even pests moved around. It was dead silent. Almost too silent. I could now smell something in the air. I ran towards Jane and pushed myself onto her as a gas bomb exploded.

The room quickly filled with smoke which made Jane cough and my eyes water. I got up, pulling her back on her feet. The weight of my body over her must have hurt her. She was finding it difficult to stabilise. As soon as she regained control over her body, she stood up straight and stood beside me. She looked in the direction the smoke bomb had appeared. It was homemade for sure. It didn’t have much power as a real one, just enough to make an impact and scare away someone they didn’t want snooping around.

A figure walked through the now dissipating gas. His face was covered with a gas mask as he lunged towards us. Out of habit, I put my hand out to block Jane from him but she wasn’t where I expected her to be. She was running towards the man. I wanted to stop her. I wanted to protect her but she was too fast. She hurdled her way through and launched herself on him. He was a big man. He made her look petite which surprisingly gave her an advantage. She managed to escape his gripping hands and somersaulted over his shoulder and pierced something in the back of his neck. He started wavering off balance when she got out two daggers from her side straps and pierced into his skin, causing him to lose consciousness. He dropped to his knees and fell with a thud.

She walked away from him as she saw me approach. I bent down and out my hand against his neck. He was still breathing, not dead yet. He was losing a lot of blood which means he could die soon. I put him out of his misery. I removed his mask for identity but he didn’t have any mark or anything on him to prove he belonged to any clan.

I looked back at the departing figure. She was looking at me innocently which seemed almost wicked. My impression of her had changed within seconds.

“How the...how did you do that?” I was struck in awe of the action that just took place. Even well prepared Djardisers couldn’t do that. It took a lot of practice and patience to get to a level like this, let alone a fourteen year old who belongs to the weakest of the species.

“I’ve been practising for a time now. I was preparing myself for a fight ever since I decided to take on this task. I knew I wouldn’t be assigned a protector. Even if I waited to turn sixteen and managed to get one, I don’t think I would be able to convince him or her to help me do this.”

“What?” I was confused and impressed at the same time. She wasn’t giving me the reason she was here. That’s what I wanted to know. “Do what?”

“Avenge my mother’s death.” Her mother’s death? If she means the attack that took place a few years back that killed almost the entire settlement, she can’t be that prepared for them. It was dangerous to walk right into their hands.

“I don’t need your help. I told you, I’m prepared for this.”

“I know you are. I don’t doubt you. You’re strong. But I can’t leave you alone.” I pull out my phone and turn it around to show her. “I’ve been assigned to you, remember.” I start to walk out thinking if she really needs me. She dedicated everything to learn the skills that were never in her destiny. She fought her way through till here and I underestimated her.

She nods and follows me out.

About the Writer
Meera Dandekar is a mechanical engineering student who loves to writes creepy stories.In her free time, she posts book reviews on Goodreads and clicks aesthetic photos of her books.She prefers to indulge in fantasy worlds than live in real life. She currently lives in Mumbai.