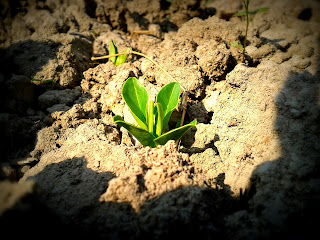 “What are you doing Appa?” I asked my dad who was planting tree saplings on our roadside. My dad said he was planting trees so that our street would benefit from its shade and help harvest rain water. The monsoon brings an abundance of water to Chennai but the summer and nefarious city sprawl, makes it prone to acute water shortage. My dad was planting tree saplings and did not stop with that; he also bought wire meshes and made a fence out of it to protect those plants. He used to walk down the entire street to water them. He went to every house and told them to water those plants whenever they could but that hardly happened. All this never bothered my dad who was focused on his action, a true Karma Yogi. He never expected any recognition or appreciation for his works. In fact, but for me, no one might even remember this service of my dad. This is just one example of many of his social deeds. To me, he was a superhero and a great warrior.

My parents worked for the state government and both were subject to transfers. I was in my tenth grade when my mom was transferred for two years to Panruti, a small town in Tamil Nadu about 200 KMs from Chennai, famous for Jackfruit and Cashew nuts. As luck might have it, my Dad had just returned to Chennai from the quintessential temple town of Madurai after being there for 4 years. We had just reunited as a family with my parents and a brother, when my mom had to leave. Those were the days of simple living - no mobile phones leave aside the smart ones, no fancy cars, Uber or Ola, or even that many autorickshaws. There was only one bus that took us from this side of Chennai to the other side and one had to wait for hours if we missed that bus.

My father would get up early in the morning and right from washing the outside of our house in the front yard, putting kolams (Rangolis) and making me coffee, he did every piece of work at home. The fact that he never insisted on me helping with the household chores made me share his work load whenever I could amidst my homework and studies. He was a warrior at home during those times. Did he complain that he had to do those things? Never ever did he utter a word or complain about his misery of doing all the chores and going to work. I learnt a lot from this quality of my dad because we have a general tendency to complain about every small discomfort in our lives. As we progress, later generations seem to have less tolerance and high expectations that lead to discontentment towards life in general.

Those were the early 90s and coming from an ordinary middle-class family we had to ride through difficulties. My dad was the eldest of the 4 sons and truly he was like Lord Rama to his 3 brothers. They all lived in a single room but were happy to be together supporting each other.  My dad’s brothers held my dad in very high esteem and my dad would go to help them at the drop of a hat. I have never seen my parents having even a hint of quarrel though I’m sure they might have had their fair share of disagreements. That was mainly because my father never talked ill of others, especially in their absence. My parents were a great devotee of Sri Sathya Sai Baba and that was one of the nine-point codes of conduct my dad followed until his last breath. I have never seen him complain about anybody be it his relatives, son, or spouse or daughter or grandkids behind their backs. I absolutely adored him for this principle and hope I inherit it as my legacy.

My dad always put others’ need first. He never burdened us with his financial difficulties. He used to help anyone and everyone that asked him for help be it monetary or otherwise. When he was in Madurai on deputation, he went to the nearby villages and installed “smokeless choolas” (Smokeless stoves) in many households. He also helped preserve a small lake near our home. He did everything silently without much uproar.  He was a very simple human being with no big desires and his sole purpose of living was to help others.

My parents practiced Homeopathy to treat patients for free and organised many free medical camps for the needy. My dad used to go and hand over the medicines to the patient’s house sometimes if they were unable to come. He did this service for more than 20 years. We used to even discourage him sometimes saying the patients or their representatives should come and collect the medicines. He never gave up on his nature of helping others and his motto was when I can help, I will.

The journey of life was going great till a day in June 2013 when life as I knew it went asunder. My dad was diagnosed with malignant stomach cancer. The bleak prognosis did not stop him from helping others till the date of his surgery. I was living with my husband and 2 kids in Chennai and he fixed my sink a few days before he was to be hospitalised saying the maid would get hurt if not repaired immediately. The day before his surgery, he went to a shop to get something for his brother’s daughter. He truly followed the words of Lord Krishna in Bhagavad Gita, doing his duty without expecting anything in return. (Nishkamya karma).

He fought cancer like a warrior and his surgery was successful. Even though he won the battle he lost the war. He passed away 6 months after his surgery. Nevertheless he was a true warrior who fought the battle not with weapons but with love and compassion and dedicated his life for fellow human beings.

Sripriya Seshadri is a proud mom of two teenagers. The University of Michigan is her alma mater. With a post graduation in Electrical Engineering and post graduate diploma in business management, she is passionate about making Math interesting for kids and young adults. She strongly believes in sustainable living – the initiative she started on solid waste management with like minded ladies of her residential community won a coveted award from Chief Minister of Tamil Nadu. An avid reader and a budding writer, she and her family call the Dallas area their home.