FEATURED WRITER : Alarmathi Sankaran's Warriors are made on the Battleground 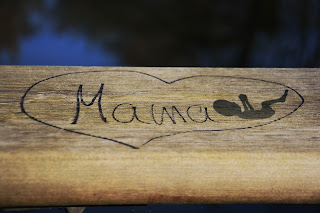 With less than an hour to leave, holding on to a tote bag and a wailing baby that I was unable to pacify, I was questioning myself.

‘Am I doing the right thing?’

‘Was it a good decision to travel alone with a 5-month-old baby?’

I haven’t even boarded my flight yet. Why is this happening?

Will I survive the next 24 hours?

In the past 5 months I have gone through so much that my decisions have been very impulsive and emotional. Blame it on the hormones! However, right now I was taking one of the biggest decisions of my life. I had just given up my job – the one that I have had ever since I graduated 5 years ago.  This meant that for the first time in 27 years, I was going to be home with nothing to do. I had no aim or no goal right now. All I had right now was my baby that I was supposed to love, nourish and keep safe.

When I was back home from my mom’s place a month after my older son Jivin’s birth, it killed me watching my husband dress up and go to office alone. I was supposed to go with him. I had been going with him for the past 2 years to the same office, the same building. I would watch him have his lunch with his friends in the cafeteria while having my lunch with my colleagues. Now I had to have my lunch alone while my baby napped. This was strangling me, but I felt bad to speak out. I was terrified that if I spoke out, I would be a bad mother who was not happy with a baby. So, I just diverted myself to my baby full time.

A month later, Tanej (my husband) had to travel to the US, which he had been postponing for the past 5 months to be with me while we had our first baby. This time he couldn’t really escape from it, moreover it was I myself who forced him to travel soon.

The plan was for him to travel first and so that I could join him later. At that point of time, I was still on my maternity leave so I wanted to be done with my work-related stuff before joining him.

I wanted him to go at the earliest, so that I could also join him soon. I wanted to escape this place that reminded me of my life before motherhood. Now, I had to live a different kind of life in the same house, same city. I was not ready for it yet. The fear of facing that reality wanted me to move out of that place. I thought everything will be fine, once I moved out of here and started a new life elsewhere.

Well, as you all know there is no way you can live in peace after running away from your fears. So, the next most impulsive decision I made was to travel all way to the other end of the world, for the first time ever with a 5-month-old baby. In the enthusiasm of leaving the place that made me feel miserable and with the idea of reuniting with my husband, I hastened our travel plans and prepared to go.

It was not until I was in that airport alone, that I realized that what I was about to do was really huge. Fear started to creep up and somehow Jivin started to sense that fear. With less than an hour to board the flight, he started to get restless. He kept crying for no reason. I fed him well, changed him and he was all set to sleep. But he did not. He cried uncontrollably. People started to stare at me - maybe they felt sorry for me. But to me, I felt as if they were suspicious about me, the crying baby’s parent. I thought if I boarded he would stop crying and go to sleep, so I took my privilege of boarding quickly, on priority basis.

But things just kept getting worse. I was in this cramped up airplane seat that was in between a really aged couple, one of whom was disabled. It was a 4-hour flight and the first of the three journeys. Jivin wouldn’t stop crying even for a minute. I started to get nervous and tears started to well up my eyes. I had to control it. I could not afford to lose it. The baby only has me. He is my responsibility and only mine. But I really wished someone had taken the baby from me to make him stop crying. I kept nursing him and patting and singing. Everyone in that airplane had their eyes on me. No one wants to have a crying baby on their journey. Just then, it occurred to me that my pediatrician had prescribed a medicine for him to go to sleep under uncontrollable circumstances. I managed to dig in my bag to pull out that medicine which I never thought I would use. With a weeping baby in one hand it was pretty stressful to find stuff. After quite a struggle I managed to give him the medicine and within minutes the incessant tears finally came to a stop. I felt like I had won a battle. I have never felt this victorious my entire life.

But, then I realized, that was just 5 hours of my 27-hour long journey. That means, I had just crossed Level 1 of this battle. I needed to pass all the levels to call myself a warrior.

After 24 hours with surviving with just water  I had just one last flight to carry Jivin safe and sound to my husband. It felt like a huge task to me right now. I was now in a completely new country that I had never been in before. I had never left my country before. I felt all eyes were judgemental.  I felt like people were staring at me, at my appearance, at my clothes, at the fact that I was carrying a baby, at the fact that I was nursing him in a bathroom floor unable to find a nursing room. But, in reality no one cared.

I couldn’t hold it all anymore. I was 2 hours away from my goal. My goal being taking that baby safe and sound to my husband. I was in tears, non-stop tears. Finally, I sat in that final plane. Right from that moment the cries started again. I was exhausted. It had been a really long day. No sleep, no food, worn out. It was not even 24 hours since I had last given him that sleeping medicine. But I had to do it, for the second and the last time. It was just a 1-hour journey. On the other end there was a man waiting for us, ready to take all my burdens and stress off me. I just had to make it to him. I gave him the medicine and he went to sleep. All through the flight, I was praying that no one would ask me to get up from my aisle seat to use the restroom. Because that could wake him. I could not change my position a bit, if I did I would be putting myself in misery. Luckily for me that hour quickly ended with no one disturbing me. As the plane landed, I waited for my turn to get out of the seat and walked towards the departures and baggage claims. My heart slowly started to beat faster. I was few hundred feet away from my final destination.

Jivin was sleeping in my arms and I could not even push the elevator button, so I went on the escalator believing in my balancing skills.

As I got down the escalator, I saw Tanej’s face in the distance. I was finally ready to breathe. The moment I stepped out of that escalator, the first thing I did was to hand over the baby to my husband who was eagerly waiting to receive us. I did not care for anything else. I walked straight to a nearby chair and sat down alone for the first time in 27 hours. I had no baby with me now after 27 hours. It felt like a touchdown! It really was a touchdown to me.

That journey of mine birthed a warrior in me. Every mother is a warrior who is battling through her life by giving up most of the things.

That is when I realized, no one is a born warrior, warriors are created by some of the toughest circumstances.

Warriors are made on the battlefield.

About the Writer :
Alarmathi is formerly a software engineer, turned into a SAHM. She made a big move to Minnesota (USA) from India 5 years ago for her husband’s work. They met each other during their college days and became besties. Six years later, they got married. They now have two boys Jivin (5) and Nevin (18 months old). Alarmathi struggled with parenting in a new place for a couple of months. The new experiences that she faces on everyday basis inspired her to start writing and documenting it. In addition to handling her own blog, she has also been a part of writing team for the local moms website Twincities Mom Collective. She also maintains her social media space with her day to day insights and thoughts.

This piece was Alarmathi’s final submission after a six-week writing workshop conducted by Shweta Ganesh Kumar - editor of Inkspire.