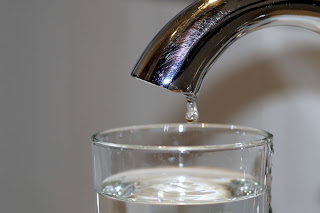 “Are you done with your meeting? It’s getting late for his lunch”, called the husband trying to mute his call from work. Shailu walked her way out the adjacent room holding a laptop as she got off her meeting call. A typical Tuesday afternoon scene of working from home during the pandemic, while their toddler was busy tossing everything in sight. In the middle of a busy day, with back to back meetings, work commitments and the pressure to follow a routine, Shailu hardly had the mental space to not frown upon her toddler’s random throwing of things around the room. All she saw was a messy house and not her kid’s ability to learn “cause and effect.” She ran into the kitchen to get going on putting together their toddler’s meal. Multi-tasking in full force, she began plating the meal, while she left the water faucet running in the background. Within a few minutes, the sputtering, splashing noise of the running water fades away. Shailu noticed something was wrong and adjusted the faucet desperately to bring back the gush of water. But in vain.

“Water shut off?!?”, she cried in despair. Just when the husband heard his wife cry out loud from the kitchen, an email pops up on his phone screen.

“Water main hit and we are working on restoring the service. We apologize for any inconvenience this may cause you”, it read.

“Just got an update from the property management, looks like just another emergency issue, don’t worry about it”, assured the husband.

“I don’t want to escalate my chances of using the washroom”, Shailu retorted.

“Let’s just take a nap and wake up when the water is back!”, he suggested with a smirk, while logging off from work. Shailu smiled but wasn’t pleased with the idea, as she was unable to fall asleep, amidst all the discomfort and chaos inside of her.

“You go ahead, I’ll keep working,” she replied.

Shailu went ahead to feed their toddler, brushing away her minutes of annoyance with unexpected water shut down. The family got along with their regular routine for the next hour. While the toddler was fed, their growling stomachs reminded them of their lunch.

“It’s been an hour, emergency apartment fixes don’t take this long usually!”, Shailu reminded her husband, while staring at their empty water bottles on the table. “Forget about lunch, we have no water to drink either”, she added.

The husband engrossed in his monitor screen paid little attention to his wife’s concerns. Shailu disregarded his disinterest with a sigh while she impatiently continued working on her laptop. Their toddler was fast asleep taking his afternoon nap. Shailu restlessly walked around the house due to her inability to use the restroom. Meanwhile she noticed another email from the property management. The very sight of an update from them made her rush to the nearby water source and turn on the faucet. But with a heavy puff of air and no sign of water, her hopes came tumbling down. The email this time didn’t sound like an emergency issue, but a major water main hit throughout the street. The anticipated time to restore water service was more than 5 hours.

“5 more hours!?!”, she shrieked. Her yell was hard to miss and got her husband’s much needed attention. He didn’t seem to take it casually this time. “That’s too long of a wait time! No lunch, no water to drink and can’t step out due to lockdown? Great!”, he vented. Though they continued to stay occupied for meeting their deadlines at work, the worry of not having water made them impatient and restless. “Thank goodness, we got to our little one’s meal before losing water”, he said. “We have some juice in the refrigerator or you could munch on some snacks”, advised her considerate husband.

“Why is the thought of not having running water making me restless?” she wondered. “I’ve enough food and fluids to keep me going for a few hours, but not having water is bothering me somehow”, Shailu said, expressing her apprehension. Her husband was equally restless and proposed a solution that might work for their temporarily uncomfortable situation.

Another hour went by, but a few more hours to go until the water service was supposed to be restored. Shailu started feeling anxious and agitated with discomfort, while her husband and child were fast asleep. She sat by the window and looked outside to deviate herself from all her anxiety and bodily uneasiness. While she pondered looking through the window, glimpses of past events around similar experiences with water supply flashed right over.

Her childhood in Bombay was full of water problems. They always had to be cautious with the amount of water used throughout the day. As a family of four, they were allocated a bucket of water each for their morning rituals and a huge red drum of water to be used by them later through the day. Her early adulthood in Delhi had similar water concerns. Shailu and her mother used to wake up every morning at 5 am to make full use of running water that was available for an hour. They filled up their bottles, huge drums and containers for storage with water. Shailu recollected how their family called it the ‘golden hour’ and made sure to utilize it to the fullest by indulging in routines like washing hair and stocking up extra water for days with special occasions. Strangely, most of these issues around water were faced in major metro cities in India. Growing up in a household that faced water problems for most part made Shailu view water as a limited resource and encouraged her to utilize it mindfully. She understood and cherished water well enough from a sustainability point of view as a child and as a teenager. But the same child outgrew her outlook of water along with her exposure to abundant water supply. Most of Shailu’s adult life was devoid of any water concerns. Ever since she moved to the States, water has never been an issue until now! Rare emergencies and minor repairs in the apartment made the supply shut off for a few minutes or an hour, but never more than that.

While she kept immersing herself in retrospection of her experiences with the accessibility of water, Shailu set off to check for any signs of it by occasionally turning on the faucets. Nothing but a burst of air again. Her mind took her down the guilt trip of how she lost her sense of respect and connection with water as a valuable resource over time. The mindful usage of water and a sense of gratification that she got every time she used it as a child, somehow vanished by the time she reached adulthood.
“Does abundance of anything lose its value over time? Or is it us, who take things for granted when blessed with abundance?” She wondered.

Living in a privileged country with the best of facilities in the world, she hardly gave any thought regarding the consequences of losing necessities, until now! Few hours without running water was enough to bring back her consciousness to the fact that necessities are essential for survival. Did any of their comforts and materialistic possessions in the house help quench the family's thirst? Did their branded car in the garage help her take a leak when needed amidst the lockdown? Water becomes the real luxury at the time of need. It indeed is. It didn’t matter what their net worth was, it didn’t matter where they lived, it didn’t matter how they lived. As all they wanted was to have their running water restored, to bring back their necessities in order, and to continue having something better to worry about! Shailu realized nothing meant anything unless the basics of survival existed, which are always taken for granted. Nobody appreciates or acknowledges the value of basics until they are lost, unfortunately.

“Do we even admit how fortunate we are for all the access to clean water?”, she questioned herself. With a myriad of these thoughts swarming her mind, Shailu felt embarrassed of having witnessed herself mindlessly using water by always leaving the faucets turned on, even when unnecessary. While there are still many parts of the world struggling to access clean drinking water, the privileged hardly acknowledge its presence unless something adverse happens. It is unfortunate that most of us take uninterrupted supply of clean drinking water for granted on an everyday daily, she contemplated.

After holding up for quite too long, Shailu was suddenly aware of her reality following the much-needed realization.

“Looks like the water is back!”, her husband uttered, as he and their toddler came walking from the bedroom.

“Wow, finally, it is!!”, exclaimed Shailu and rushed to the washroom.  With a sense of huge relief and more awareness of her negligence in the matter of the elixir for life, Shailu went ahead to the kitchen to prepare their meal, which was no longer a lunch! She was back in action with her multi-tasking and as soon as she turned on the faucet, the sudden stream of water brought a smile on her face. While she got busy with her normal cooking routine, the gush of water in the background no longer sounded like noise. She was now conscious enough to turn off the running water, reminding her of the gratification feeling she once felt as a child. “Hope I don’t need another reminder to realize how fortunate I am”, she reassured herself, beaming with gratitude for all the water she ever had!

Srujana is a software solutions specialist by profession, trying to rekindle her long lost love for writing and art. A mother who is a firm believer in self love and continuous learning. She is an illustrator with a great inclination towards personal growth, gender equality and mental health.