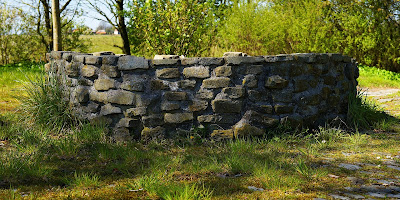 Pechiyamma stretched her sore legs that were agonizing her throughout the night. Her waist muscles spasmed harshly that made her whine in discomfort. She moved out of her clumsy bed and twisted her straw-like dry, brittle hair in a rush. "This hair needs some greasy oil" she muttered. The itchy irritation on the hair scalp made her scratch it till she felt relieved. She stared at her husband, Esakkimuthu who snoozed like a wood log on the uneven, bare, rugged ground. His dull, soil damped blue checkered lungi uncovered his hairy, short yet sweeping stubby legs.

"You sluggish, drunkard dog!!! get up. When will you quit boozing? See how shabby your bunion and lungi!! Cha, get up man" yelled pechiyamma. Esakki unhurriedly tilted his high-browed head and opened his wide, red bloodshot eyes. His gloomy sight and blurred vision made him search Pechiyamma. Pushing his unsteady hands on the floor, he lifted himself with a creaking sound. The intoxication of alcohol was igniting his senses. He was wobbling around his single-storey hut that was engulfing the withered, heated waves of dry summers. Pechiyamma entered their doorless grass-thatched hut after wiping her weary face. She grabbed a towel that was dangling in the twisted fibre rope clamped between two ends of the hut.

Esakki stared at her. Pechiyamma took her faded mirror which became cloudy and tarnished with dust day by day. She hastily took her crushed, bleak cotton saree pallu and wiped it off but nothing changed. For a moment she felt herself to be that tiny, dimming mirror.  She plucked a maroon coloured sticker bindi from a white layered sheet and stuck it to her forehead. Gazing at her closely, Esakki raced near to Pechi and interrogated, " Hey Pechi, where are you leaving, so early in the morning?

"Where else I can go to fetch a vessel of water in this cursed land of Karuvelampatti? Am going to get water from our well", Pechiyamma squeaked out of annoyance. There was not a single drop of water in any vessel in her hut. She was left with the only choice of fetching water from the well located on the border of the village. Esakki didn't try to obstruct her from doing this daily errand of bringing water from a far distance. Instead, he argued with her to give him money for his alcohol thirst. Pechiyamma couldn't restrain her woeful heart that was tolerating a jobless, wicked husband who smashes her till his hands become weary and exhausted. Esakki bestowed her with scars and swelling in her body. He then attempted to wreck her to get a tiny money purse from her right hand. She hated him but couldn't cease his wild hands with choppy nails to assault her painfully. She stumbled out of Esakki's packed hold on her hand and gave a frightened look. Esakki recklessly ripped the money purse into two pieces. His shaky hands snatched hundred rupees, the only source Pechi had for the entire week to survive. He fled from the hut instantly.

"Esakki!!!!!! Stop..don't run away!!! Give me back my money!!!"Pechiyamma cried out in fury and dismay. She felt a miserable ache striding inside her heart and slowly pacing amid her sore throat and head. She howled and slammed the dusty ground with her delicate hands. Tears drifting down her cheeks damped the floor. Suddenly, her thoughts rolled back to how her village moulded her destiny. The fate that plagued her life.

Karuvelampatti, a small village where pechiyamma and Esakkimuthu are dwelling for more than fifteen years is known for its hot dry summers that taunts every hut in their community. The community that inhabits away from the other village houses built out of bricks and sand, the community who are labelled "untouchables", the community who are denied to wear slippers. Pechiyamma belongs to the community whose basic education is deterred by the dominant upper caste villagers who influence the local government. These tensions don't end without stroking the scarce waters that got glued up beneath the surface of the well.

A detached, outlying well located at the border of the village belongs to the lower caste community.

Pechiyamma rubbed her tears with her hands and breath in. She felt moisty under her whole palms. She stepped out and peeped inside all pots kept outside her hut. The empty pots and vessels reflected her daily hunt for water from the distanced well.

She carried two metal water pots in her hand that had a few dents in their hollow surface. She also seated a pot in-between her waist and elbow with ease. Stepping out with the barefoot was nothing new to her. The cracked heels became bumpy and frigid as they suffer the raw sun and its cruel hot waves.

Her water chase begun at dawn with three miles of a walk, run and crawl. She sensed how heated beams of sun scorching her head. Biting the strained, discoloured teeth she wiped off the flowing salty sweat in her saree mundaani(pallu).

Crossing the " seemai karuvelam" trees, that were thorny and arduous with roots entrenched themselves in the soil.

Pechi fantasized about Karuvelam trees disguising themselves like mythical animals with wide and pricky tentacles. They began to parade along with her.

The sun's mirage made her feel the slaying summer. She moved impatiently while arriving closer to the well.

Pechi bent and dropped all the empty water vessels near the well. Gushing out of enthusiasm, she touched stout, rustic and parched walls of the well. Sighed in solace. In the far distance, beneath the surface of the well, she saw her. She saw a glassy, shapeless body spread herself in a narrow space. Her name was "water".

Pechi has drenched herself with sweat. Her toil and moil made her a hunter whose blank stomach was groaning in thirst.

She grabbed the wheel well pulley with all her zest and dropped it inside the well. She eagerly eyed her sweaty hands pulling the bucket carrying the water. She was approaching pechi with her rippling, bubbling and brooking sounds. Slowly Pechi dragged her towards her side. She instantly brushed and stroked her. Like a newborn infant, Pechi carefully lifted and sniffed her. Pechiyamma was missing something. The musty, earthy smell in the water was failing. She drank the water to quench her wild thirst. The water was drifting seamlessly inside her throat and gliding towards her stomach. Pechi sensed a sharp irritant in her throat. She was spitting out her saliva to get rid of the troubling metal smell inside her mouth.

Suddenly bitter nausea seized her. She managed to settle down next to the well. Pechi thought of these distressing signs, maybe she was starving in the hectic hot daylights. In the distance, she saw someone riding in a cycle towards her.

She was staggering to stand and catch a glimpse of that person scrambling to reach her place. Pechi's abrupt instabilities made her annoying.

It was Pechi's neighbour, Marudu who rashly drove the cycle and hopped out of it.  He skidded and fell down. He huddled himself and galloped to see Pechiyamma.

Pechi was shocked by watching Marudu's efforts to reach her. " Pechi!!! Are you okay??? Did you consume this water ? Tell me... ‘Marudu questioned her with fear. His tensed face with wide eyes was tormenting Pechi.

She confessed, "Marudu, I drank the water. Is there any problem? They allowed us to fetch water from only this well. Where shall we go if they snatch this one too?’
Marudu hit his forehead in terror. "Aiyyoo!!!!
He screamed. "Pechi, you have drunk the poisoned water!’ He couldn't curb his tears. He continued, "The crooked villagers have poured the deadly poison in the water!"

Pechiyamma couldn't bear or believe his words. Her blurred vision and stumbling legs made her sense a haunting feeling inside her heart. She remained tight-lipped. Marudu was begging her to come with him to the inaccessible hospital in the far distanced town. She refused immediately for she knew her fate. "You go away Marudu. I know my destiny ". Pechi said in faith.

Pechi's conviction and her declining body made Marudu observe their invalid mere existence. At that moment, he truly felt betrayed, hopeless and vulnerable. The helpless Marudu grabbed his cycle and drove back to the village with remorse and shame.

Pechi was suffering to breathe. She vomited heavily. Red blood was streaming throughout the soil. Watching the blood that was clutching her village soil made her screech in suffering.

She stumbled to the ground and collapsed by staring at the well that lent her water to relieve her hunger. The water that ate, swallowed, slurped and

gulped her soul greedily. The ruthless water absorbed and squeezed many Pechiyamma in the name of caste.

Subhashini is  psychology graduate, a full time mom of twins, a lazy doodler and storyteller. She loves to read books and scribble doodles. She usually pens down thoughts and emotions during dark nights. She loves to write about human emotions and its various facets through fictional characters.

This piece was written as Subhashini’s  final assignment for a six-week Creative Fiction writing workshop.