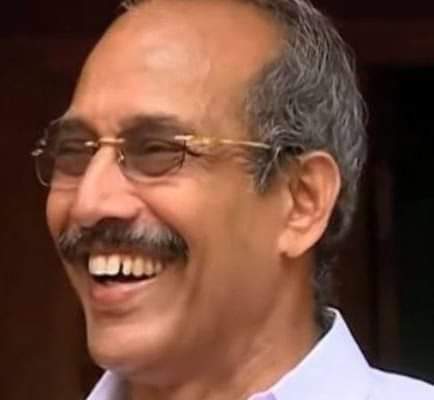 Seated across his hospital bed, holding his hands, still feeling the warmth in that hold, I felt the night calmer, the atmosphere quiet and lifeless. We all knew it was the night that he was going away, far from all of us but sadness was not what I felt then!  I felt scared of losing him, and at the same time I also felt a flood of flashing memories of our yesteryears. I knew this star of ours was definitely setting off tonight, and I felt guilty thinking of how helpless I was to save him.  We were watching him, knowing that his next breath might be his last breath of air.

Our nights in the hospital had gotten into a rhythm now. My siblings and I took turns sleeping in and watching him throughout the night. Certain nights would be completely calm; him sleeping in and asking us to hold him and sleep with him.  Others were chaotic - he would throw tantrums, asking us to take him home or complaining that he was tired of sleeping and would love to walk around, unaware that it took at least four of us to lift him from his bed.  We were all completely drained from the tension, the hopelessness and lack of sleep. This night, the first shift of watching was for my brother to do.  However, he was far more drained than I was, and so I decided to take his shift.  My desire to be with him, at what might be his last moment, superseded my exhaustion, and I was actually happy to remain awake with him.

Memories came flooding back —like every other daughter, I was always closer to my Achan (Dad). He has been a pillar of strength for our entire family.   A very cheerful, happy go lucky, emotional human accidentally got into the world of politics, held multiple high positions and slowly retreated to the comforts of family, when the bigger sharks tried to kill his enthusiasm and sideline him. None of this stopped him from dreaming of a brighter future- He was the master planner, a doer, for whom nothing was impossible in this world.

But the state of affairs began to change when he was diagnosed with cancer in December 2018.  It brought a shockwave to all of us, but we all tried to process the situation.  Achan was emotionally and physically drained— the entire process of decoding the medical terms, going through surgery, chemotherapy, medicines and the frequent hospital visits took a toll on his physical and mental health. When visitors flocked in and were genuinely concerned, he put on an act to bring out his cheerful nature, convincing everyone that he would soon fight the cancer cells that were destroying him. He continued his fierce fight to the very end, but that was not enough— his cancer cells were stronger than his will power.

I thought about the countless trips we made to this serene setting of a cancer center that was well placed on a beautiful hill, far away from the busy hue and cry of the city. Every doctor visit, lab test, PET scan and CT scan would start off the same way:  first we were given a ray of hope.  Then, our hopes were somewhat dashed by the reality of his opponent.  Lastly, we were returned to our greatest fear: hopelessness. I thought of the contrast of this medical battlefield juxtaposed against the serene countryside. Yet, no matter how much we try to make the atmosphere peaceful—or the air calmer— the turbulence that goes through you never ceases.  All of us learned every single medical term and every minute detail of the various treatments that were available from around the world.  Although every possibility was tried, nothing proved right in the end.

What were his last words to me?  I can’t really recollect anything specific.  His mood and consciousness were on and off during his last few days.  And yet one remaining memory comes to mind:  it was how he asked me, being his dear daughter, why wouldn't I be honest enough to tell him that his health was declining? As I looked at him with no response, I saw the pain in his eyes while he wiped down my tears, consoling me and assuring me that he would return to his high spirits.

As I felt a stab to my heart, I saw his eyes moving as if searching for someone.  I felt his hold loosen. I quickly woke up my mom, aunt and siblings who had just begun their rest to assure that they could be a part of what might be his last breath of air.  When he took a deep breath, my aunt confirmed it was time for us to let him go.  We all took turns giving him his last sip of water, and let him be a part of the air that we all were still breathing!

Reality started to sink in and all of us became uncontrollably emotional.  I hardly remember the people who visited the next few days awaiting the cremation.  After all the official ceremonies, my brother lit the fire and Achan started to turn into ashes.  I felt the ever cheerful human transcend the cloudless air and meet the dancing galaxy that would welcome his arrival.

Lakshmypriya Sankaran is a software data quality engineer by profession but she enjoys reading. She has never published any of her writing but writes memoirs, experiences for her own personal happiness. Lakshmy, originally from Kerala has been living in the US for the past 15 years with her husband and Kid.