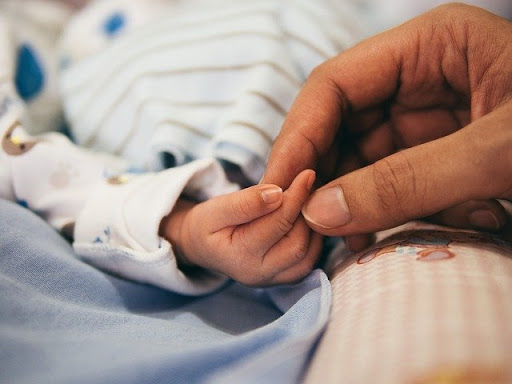 Anjali sat at the nearest table she could find in the Cafe. The waitress noticed Anjali wasn't her usual self. She always walked into the Cafe flashing her signature smile, ordering her favorite coffee as she walked in. But today, Anjali was engrossed in her phone and did not as much as acknowledge anyone's presence.

"I don't care how you do it, I need the documents in an hour", Anjali said and banged her phone on the table.

She put her elbows on the table, closed her eyes and slowly rubbed her temples. The strong smell of freshly brewed coffee hit her nostrils and she opened her eyes to notice a cup of cappuccino placed in front of her, with a smiley made on the froth. Anjali turned to look for who had placed it there, when she noticed the waitress smile at her. Anjali returned the smile and picked up her phone. The notification bar showed messages from her family, she rolled her eyes and kept her phone aside.

At 31 years of age, Anjali had a well established practice as a Lawyer, yet her family wasn't happy. She understood they had an issue with her decision to not marry. But she was hurt when they showed their dissent when she announced her plans to adopt. Without reading any of them, she understood they all implied the same - Rethink your decision.

She had been telling her family since the age of 15, that one day she would grow up and adopt a child. She did not tell them why though. When Anjali was barely 6 years old she had visited a relative's house where she overheard someone say,"Brave of Sunita to adopt Rima. She had gone through so many abortions, I thought she would be distraught. And look at the luck Rima has got them, she's now pregnant with twins", she heard one of them say.

At that tender age Anjali did not understand what adoption meant, but the happiness that word gave her, made her want to adopt a child someday.

Anjali called the person she had spoken to earlier. It had been a few months since she legally started her adoption process. She had been in the wait list for a lesser time, because the number of people willing to adopt children aged 2 to 4 was less than a fifth of the number that wanted children below two. And now when she was finally matched with a beautiful 2 year old, the agency was delaying giving her the medical records. He answered the call at the first ring.

"Madam, please madam, I coming with documents madam, please no scold madam, you scolding sir scolding, I crying madam", the man spoke at the other end.

Anjali smiled to herself, a first in many weeks and gave him the location.

"Madam you close eye, open eye, I there madam", he said, making her giggle.

Heaving a sigh of relief Anjali looked at her coffee. This was probably the first time she made her coffee wait. She felt guilty thinking of the effort put in by the staff to make her smile. She felt more guilty at the thought of having to ask them to reheat her coffee. Nevermind, she thought, a "cold" coffee never hurt anyone.

The man arrived just as she finished her coffee. She signalled him to come join her, and ordered another coffee for him.

"Madam no take tenshan madam, I tolded you, in 2 days your baby come", he said. She glanced through the medical records. happy the child was mentally normal but delayed in a few milestones. There's nothing a little tender loving care cannot heal she thought. The report described the child to be a little underweight, lesser in height, but extremely active and social.

Anjali couldn't believe it was now only a matter of 48 hours before she could finally see the child, her child.

The day Anjali dreamt of for more than half her life was finally here. She didn't need an alarm to wake her this morning. Naughty, her 8 year old Labrador, stretched in her sleep. Anjali hugged her and said,"You are getting a baby sister today naughtuluuuu". Naughty wagged her tail, as if to imply she couldn't wait.

Anjali walked to the pooja room and said a silent prayer. She applied a little kumkum, took God's blessings and turned to notice her mother standing there.

"Anju, I don't know if we will be happy with your decision or not, but I never realized when you grew up so big. But still, I have my own apprehensions. We don't know how she will turn out to be", her mother said, holding back her tears.

"Amma, remember how you always told me life is a war of nature vs nurture. Let me nurture her the way you nurtured me and trust me you will love her, I promise", saying so she grabbed her bag and rushed out of the door.

Anjali's heart was beating faster with every passing minute. Now she was afraid. Until this minute she thought of all the lovely things she wanted to do with the child, but she never once gave a thought to how the child would take to her. She just hoped with all her heart the child would like her.

Anjali arrived at the adoption agency and went to the reception.

"Meet? She will be going with you today", the lady answered in a stern voice, instilling more fear in Anjali.

"Th.. that's what I meant ", she said nervously, snapping her fingers.

The lady shook her head and let out a sigh.

Anjali waited for half an hour. She nervously kept tapping her feet and trying to break her knuckles.

" Anjali beti, please come here", she heard a voice say from behind her.

She turned back to find an old lady standing near the staircase.

"Follow me upstairs. No, you walk first beti, I will take time. Go up and first room on the right. Wait near the door, Don't scare the child beti", she said.

Anjali hugged the old lady impulsively. She ran up the stairs and waited near the door.

A tiny head popped out of the door, clutching a yellow and pink coloured pillow.

"Boooooo", the voice said. Anjali looked at her and smiled. She had two tiny ponytails, an orange frock with a cat's face. The child looked cuter than she expected. The child started giggling and repeated the same game several times. With each passing time Anjali acted more scared than the last. The child slowly walked toward Anjali, showed her pillow and said,"Paaapa"

Tears welled up in Anjali's eyes. It was unbelievable a child so small had to go through so much, for a family which everyone took for granted. Anjali tried to shake hands with the child, but the child took her hand and bit her little finger instead.

"Abaaahh...", Anjali said pulling her hand back in a reflex.

"Azhyaaa" the child said, putting her hand to her mouth, mocking Anjali's shock.

Anjali burst out laughing, and the child grinned, throwing her head back in happiness.

"Oh so you both are playing," the old woman said, climbing the last step breathing heavily.

Anjali smiled at her. The child ran to the old lady and hid her tiny face in her saree.

The old woman caressed her head and said,"Please take good care of her beti. She is the liveliest and happiest of the lot here. Build her spark. Give her all the happiness she deserves".

"I will, I promise. I have waited for this day since ages," Anjali said.

"Have you thought of a name? We have to make a tentative entry in the documents" The lady she met downstairs said, still climbing up the stairs.

"Yes!", Anjali beamed. "Anila. I shall call her Anila, it means air. She is my air of happiness. My breath of fresh air" she happily exclaimed. 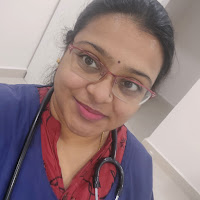 About the writer:
Dr. Sneha is a practicing Veterinary Surgeon based in Hyderabad. She is mother to two daughters - a 22 month old baby girl, and a 17 month old Chippiparai. During her free time she loves to read, bake, cook, but feels lazy to clean up after.

This piece was written as Sneha’s final assignment for a six-week Creative Fiction writing workshop. 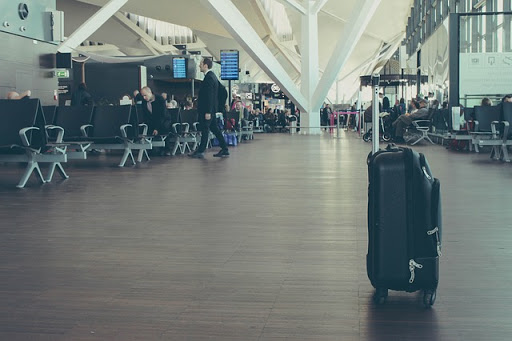