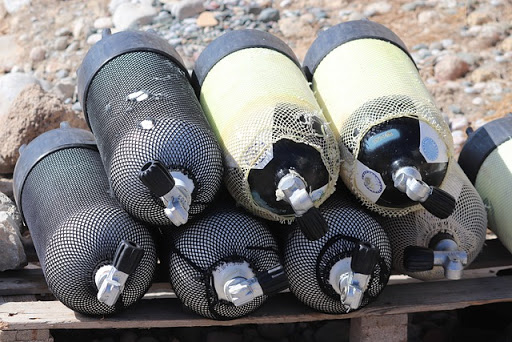 In big red letters on the aluminum box was written ‘AIR’. We were at the gas station to refuel my Honda Accord when my brother noticed that the rear tires were low in air pressure. We pull up at that air pump station and after checking what the rear tire pressure should be set to, for my car make and model, he asks me “Do you have quarters?” I dig through the change in my purse and hand over some coins to him as I think to myself “Why are we paying for air?” My brother gets back to the driver’s seat and as he is buckling up, he mockingly tells me “Next time remember, rear tire air pressure needs to be 32 psi for your car”. “aa, ok”, I said - but I am still thinking about why we just paid for air. - That was probably the first time since many days that I consciously thought of air!

Years later, my 4-year-old is seated next to me, looking into a book with bright illustrations. “Hanuman was the son of Vayu, the God of Wind or Air”, I read to him about the Hindu God. “What? God of Air, Air doesn’t have a god, Amma!”, he cheekily said and laughed, just like a typical 4-year-old. I leave him to his laughter while I begin to ponder on how we don’t consciously think of the air we breathe every day. “I’m going for a walk; I need fresh air”, “Open the windows for some fresh air”. “Turn on the fan, I need some cool air” - These are probably the most common phrases I use in daily life with reference to AIR, but never give it a second thought.

Just like water, air, a crucial element of nature, is also the basis of life. While we can still survive for a few days without water, without air, we would be gasping for breath in barely a few seconds. Then why is it that water gets more importance while dear air is taken for granted? There are several smartphone apps that remind us to drink water every hour; but we don’t need reminders to breathe, do we? The occasional reminder to “take a deep breath”, to bust some stress, maybe?

This entire train of thought of paying for air and taking it for granted reminds me of an article I read long ago, about the idea that led to the marketing of bottled air, akin to bottled water. Tapping into China’s long existing air pollution problem, a Canadian entrepreneur duo started a company in 2014, which promised to sell “Fresh, Clean Air” collected from the pristine surroundings of the Canadian Rocky Mountains. Though this seemed like a joke initially, the absurd idea of commercializing another naturally available free resource and selling it as a commodity in a totally different part of the world, was an idea that caught on and became a hit. This company is thriving as of today, with orders of “fresh air” coming in from other parts of the world, where air pollution is a regular problem.

It is now March 2020. Reports of a deadly virus spreading rapidly are all over the news. While this new virus is still being studied by scientists, several health organizations and medical professionals come to a consensus that the virus is airborne i.e., it is getting transmitted from person to person through AIR. Within a span of days, the situation escalated gravely and the whole world went into a stand-still, entire countries were under lockdowns, air-travel was banned and everybody was glued to the news.

Few weeks into the pandemic, mask mandates were announced. This did not sit well with a certain group of people who complained that wearing a mask was suffocating and that enforcing mask rules on them was the same as denying them of the basic human right to breathe fresh air. Little did they realize, that the medical and healthcare professionals - the front-liners in the pandemic, who were working round the clock, were in fact wearing masks long before the pandemic – not getting suffocated, still able to breathe AND also save lives!


Amidst the pandemic blues, when home seemed like a safe place, the Bay Area, where we live, was caught in a series of wildfires, which started by a freak lightning strike! The Bay Area and the whole of California is very prone to forest/wildfires because of the recent bout of drought and dry summers here. But this time, it was closer to our home, less than 25 miles away. We woke up to the news of the lightning strike that started the fires and that the fire was spreading rapidly. Residents in the RED zone, the area closest to the fires, were evacuated. The Orange zone was the one which was at nominal risk of fire but still was evacuated due to toxic air quality. The Yellow zone was given a 24-hour warning to be on stand-by to evacuate in case the fires were not contained, but it was still advised to stay indoors due to poor air quality.

We were a little outside the yellow zone and did not need evacuation, but by that afternoon, we could smell the smoke inside our homes despite having all doors and windows shut. We turned on air purifiers and air filters and ironically, the air inside was fresher than the smoky soot filled air outside. The notifications on my phone went ping!, ping! as my neighbors started sharing pictures of the sky. I stepped out to see the sky turn a dark grey with a tint of orange. It felt like I was in a doomsday movie, where everything goes dark and you can smell something burning, but all you can see is a fire burning far away! Our front porch was covered in a thin layer of gray ash and soot, all my beautiful potted plants and its flowers got droopy and gray. When we replaced our AC filter panel a few days later, we were shocked to see how dirty it was, covering it soot. It was like cleaning a very dirty lint filter from a clothes dryer. It took more than a week for nature to heal itself, for the sky to turn a clear blue again, for the air quality levels to return to normal and for me to again say to my husband “Open the windows for some fresh air!”

As the world bid adieu to one of the worst years in the 21st century, everyone looked at 2021 with HOPE. While most of the world still remained under lockdown and adhered to social distancing guidelines, back in my country, India, things were looking optimistic. With covid19 cases in India under control up until February 2021, some people gave in to the belief that they were somehow immune to the virus. With somewhat of a nonchalant attitude in the public and the elected officials alike, it seemed like lockdowns and social distancing were no longer required and everything went back to normal overnight. But by the time everybody realized how wrong they were, it was already too late!

By Mid-March of 2021, Indian media outlets were reporting on new variants, high rate of hospitalizations and even higher death rates - The main cause of death being lack of timely medical assistance and shortage of Oxygen. By Mid-April things got worse. Via social media, I witnessed very disturbing visuals of patients grabbing hold of oxygen masks, gasping for air, for one quick breath, struggling, and finally breathing their last. It was devastating and heartbreaking. People were desperately looking for medical grade oxygen suppliers, those who could afford were willing to pay more than fair price and those who could not afford gave in, to wait and line up outside government hospitals, praying in the hope for a miracle. Oxygen tanks were being sold in the black-market for exorbitant prices, by ruthless, opportunistic traders. Again, something freely available in nature was being sold with a price tag.

Sitting at my home-office desk in the US, on the other side of the world, not being able to focus on work, scrolling through social media and new sites from India, I felt helpless. The deep empathy in me soared high enough to make me feel guilty and privileged – privileged to be alive when thousands were gasping for air, fighting death until their last breath.

Summer is here once again. Things are slowly going back to normal in the US, with most of the restrictions lifted. People are making travel plans again, booking vacations in the beaches or the mountains – trying to make up for a lost year. Looking back at the grim year that was 2020, of the many lessons we learnt from it, the biggest and most important is the one taught by nature itself - to protect and cherish it, but never take it for granted. 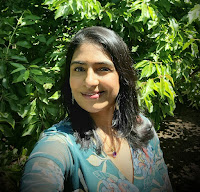 About the writer :
Prafulla,is first generation desi immigrant to the US who is based in California and works full-time in the IT Industry. A classic overthinker, a multitude of thoughts constantly go on in her mind like a playlist on shuffle. She has recently rekindled her passion for writing in the creative nonfiction genre. This piece was written as Prafulla’s final assignment for a six-week Creative Nonfiction writing workshop.
Labels: Air Creative Non-Fiction Featured Writer Indian Writers Inkspire