FICTION : A breath of fresh air by Ragini Ravichandran 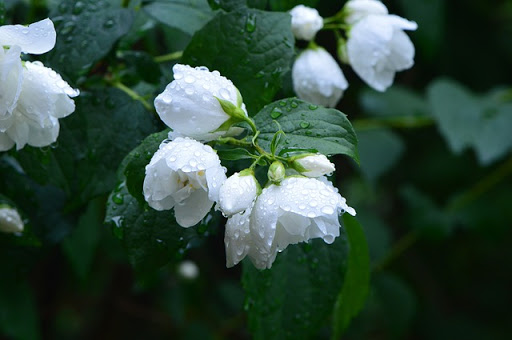 "Alright, alright... I am coming, children!" Rama smiled as she wiped her wet hands on the edge of her green, cotton saree. Her slender hands suddenly felt icy cold and nice in the hot Chennai weather.

At 75 years of age, lean and slender, with soft, curly grey hair, Rama was pretty sprightly and joyous. She always had a smile on her face. People looking at her would often say, "I bet you have no troubles... Your liveliness says it all!" She would feel humbled and blush, shaking her head.

The water continued to gurgle as Rama made her way towards the backyard. The icy cold tiles on the floor, within the house seemed comforting, offering her feet a respite from the hot weather. Apart from the snore from her husband's room and the gentle sizzle of the cooker, which had now been placed on the black granite kitchen counter, the house seemed almost quiet.

The early evening sun continued to blaze the backyard.

"I am here, dear children!" she exclaimed as she turned off the tap. The metal water can felt heavy and cold against her palm. She lifted it with a slight grunt, folding and tucking some part of her saree at the waist.

The grey, cement walkway in the backyard felt warm and rough against her feet, as she made her way further with the water can.

"Malli... Amma is here. Ah! Here's your sister, Mullai too!" she exclaimed happily, as she carefully watered the plants, admiring the flowers. The slightly parched and cracked mud in the brown, terracotta pot suddenly seemed to come back to life.

Malli and Mullai, were a version of jasmine that Rama adored the most. She touched the leaves softly. The bright green leaves felt smooth against her palm. She gently picked up a flower from the wet mud. The white multi-petaled flower had just a tiny spec of brown mud glistening on it. As she gingerly brought the flower to her nose, she was hit with a wonderful aroma and a memory of her childhood. She recalled how her mother would hum a Carnatic song and string a little basket of malli with such deftness that it often seemed like magic to watch.

Rama felt nostalgic as she recalled how she would look at her mother, awestruck, stringing the flowers together.

With a little smile, Rama slowly walked further on the cement walkway.

"Tulsi... My favourite child! How are you today?" she enquired as she came across a grey cement pot filled with lush, green Tulsi plants. She put the water can down and proceeded to collect some seeds from the plant. She used two of her fingers to gently scrape through the red mud, to plant the seeds. She lifted the water can and gently began to sprinkle water all over the plant, allowing the mud from her fingers to wash away. Once done, she proceeded to gently caress a leaf, feeling the velvety texture brought a smile on her face.

She looked up to find the sun peeking at her from behind a grey cloud.

"It must be close to 5 PM. Let me finish spending time with my plant-children for some time," she thought to herself as she walked along the cement walkway, watering the plants, talking to them and humming a song.

The water can was almost empty by the time she reached the neem tree near the door that led back to the house.

"Ah... My firstborn, my sweet Aruna!" she smiled, as she hugged the tree, immediately after placing the water can on the ground. The bark felt rough against her palm. She stroked the bark, her hand moving over the grooves.

"You hardly seem to be scared of me anymore!" she chuckled, addressing a trail of black ants climbing the bark.

She looked up longingly at the neem tree, a gentle evening breeze rustling a few strands of her hair.

"Aruna... I still remember the day you came home. Time flies, doesn't it? We've seen a lot together. You've been my constant during all these years. I can't thank you enough!" she sighed and closed her eyes, recalling the first time Aruna came home to them...

Fifty years ago, Aruna had come home the week Rama and her husband, Anand had lost their newborn to an illness. Rama felt shattered, but it was Anand who consoled her and brought back the cheer in her life. They moved from a bustling life in Mylapore to a much calmer one in Ambattur. With an attempt to start afresh, they got home a neem sapling and tended to it with love and care. Soon, the neem sapling became more than just a plant, it became their child. They named her Aruna. Rama and Anand could never have a child, but that did not stop them from filling their backyard with plants that meant the world to them.

Rama sighed and opened her eyes.

"Without you all, I don't know how I would have pulled through Anand's health issues too!" she murmured. She thought of the time Anand began having memory problems 10 years ago. He would often misplace things and forget incidents or even names of people. What was thought of as just signs of aging was confirmed by the doctor as Alzheimer's.

Irrespective of what he said, Rama took care of him, treating him like she treated her plants - with tenderness, kindness and affection.

She blinked and the tears that had gathered in her eyes trickled down her cheeks, leaving a lukewarm trail.

She wiped her eyes at the back of her hand and her cheeks felt cool against her already cool palm.

As she walked inside, the house appeared to gleam in a golden light, with the smell of coffee wafting all around. Rama smiled as she thought of all that she could share with her husband today, when she spoke about herself and their children.

She heard him mumbling in his room. She made her way to him, humming and smiling, recalling how Anand would often say, "Rama you are a breath of fresh air!"

About the writer :
Ragini grew up reading Enid Blyton. Over the years, she fell in love with the works of Sudha Murthy and J. K. Rowling, amongst numerous other authors. She loves to write and dabble with colours. She hopes to become a storyteller someday.
Ragini has written for multiple issues of Inkspire and you can find her pieces here.
Labels: Air Creative Fiction Indian Short Stories Indian Writers Inkspire