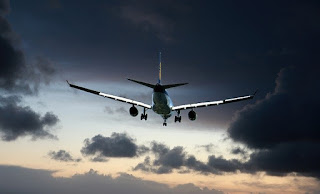 Across borders of the countries

And permits and rules and restrictions

Across differences and discriminations and prejudices

And through the sorrow and grief and joy

The planet is spread out but unified

All beings are pooling into the same sky and its air

Heart and mind and soul and body

Each day and each minute

The air is everywhere

But nowhere can it be seen or touched

It’s that which touches and escapes at the same time

It’s that which crumbles the fauna and the flora

And everything in between by taking the shape of a

In both tough and easy times though

The air sustains everyone by flowing

It aligns with the heart-beat by speeding

The breathing up or down

And it may slow down when the mind is calm

Finally, it stops when the run is over

And it cannot be felt anymore

But what is left then?

Wisely, the air unites then too

It unites us with the cosmos

Respect the air as it unites all life

And unites beyond the life cycle

Keep it clear, pure, and with love

Air invisibly provides a home for all life

The world is nestled in an ocean of air

The air unites the world

Across borders of the countries

And permits and rules and restrictions

Across differences and discriminations and prejudices

And through the sorrow and grief and joy

Dr. Shailja Sharma is a psychologist and a poet, practicing in Texas, USA.

Apart from her academic publications, Dr. Sharma’s poetry has been internationally aired on radio shows and published in literary journals.

Her poems recently appeared in Setu: Bilingual Journal of Arts from Pittsburgh and elsewhere.