POETRY : love is not in the air by Ishitv Vats 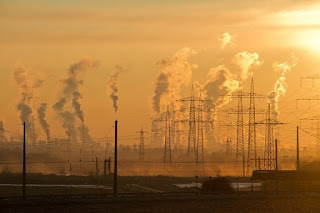 love is not in the air

the air is decided by

with their monoxide breath

oh how i loathe

of oxygen in the closed underground chamber of the home

of enduring manhood and white constellations, like the Ganges

Delta, on the polished black stone of massive proportions, the god of manhood and cannabis. milk spilled, willed to be thrilled

devious hungry milkman and his penchant for adulteration

the sickly figures not human

oh how i loathed


the air ruled by cold logic

some of then even insulated

so that they don't let any of that warm air out, in black black suits

this species of albino

polar bears, these grievous gentrifiers, the sword and the blindfold and the weight and the gold that makes it.

these people of the cold

dark trenchcoats, ruling the world. with their cold freezing law

they tell you how to live


but it seems to me my loathing

directed towards the gods wrong

I love the smell of the Myrrh melting and sizzling, or the poetry,

i love the cold water you must wash your feet in before entering the Gurudwara,

i dance to sufi and i think a salt shaker of christmas spirit over the world would not be bad.

they made religion a fad.

and frankly sad that

the men in suits, the one in their air conditioned conference rooms


ruined the air with their poisonous pipes, the water

the dream has since

came, it took everything.

soda from the ground

land of the lion

lying as an art, river and a

the sand and the remains.

dryness and salt. tendrils of a drought. scars. vascularity of the sand.

bodies of the labour.

posing for the camera


the men in suits, the ones in their air conditioned rooms. sleeping on graves

love is not in the air

the air is decided by

and the men in suits, the ones in their air conditioned rooms

About the poet :
Ishitv Vats is a young poetry enthusiast.  He has been published before in the Wingword Winner's Anthology 2019 and is very keen to keep honing the craft and learn more about it.
He is currently studying biology at St. Xavier's College, Mumbai.