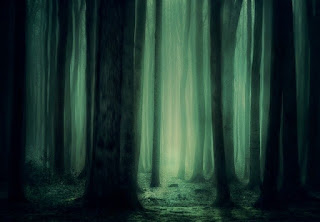 Splendid garden the world is with talented people,

Gentle breeze urges upon the leaves to caress the human life,

Reverie is ineluctable in the amid of soothing serene,

Stream of conscious rules the mind to have a pleasantry with life,

Suddenly the present world passed from the sight as it never been,

Unfamiliar world appeared which is festooned with mirage of thoughts.

Invisible door carried the board of allure,

Non verbalized words were written across the wall,

Answers for the unresolved queries yielded an itenary to explore unfamiliar world,

All the way thoughts were resonated despite not a single word was about to utter,

The last thought in the present world chucked out in the unfamiliar world,

The carpet of silver lining escorted to the grey area which existed in present world,

Obscured destiny was divulged in every doors of the world,

Much embellished the floor is with late pains,

The tale of dreams were narrated in each chambers,

About the poet :
Abinaya.K is from Trichy Tamil Nadu.  Her poem titled Dreams Between Dawn and Dusk was published in  I Quote Magazine, Mumbai. She has co authored two anthologies titled Constellation of souls and Love Human Hate ( Voices Of Human). She is interested in the art of elocution, as well.
Labels: Air Creative Non-Fiction Indian Poets Indian Writers Inkspire