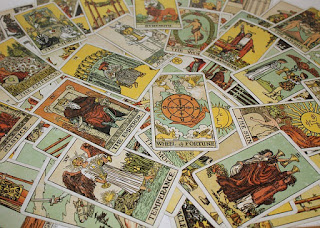 Ivy was born with a sixth sense. She had a feeling about things. For as long as she could remember, she always knew when something would happen. It was like a built-in bat-radar that never failed her.
But that day, her radar did fail her.

As she walked to work, thoughts running through her head, she had the vague sense that she was being followed. But when she turned around to look, there was no one behind her.

For a moment, she stopped walking to ensure that no one had been there. She started walking again but picked up her pace.

Once she reached the restaurant, Ivy changed into her uniform and sat down at her station. She was glad that her shift was a short one today — all she had to do was work for a few hours, and then her day would be done. Her mind was still stuck on the feeling that something terrible would happen and that she should go home. She'd been trying to ignore the feeling, but it wouldn't leave her alone. As eleven o'clock struck, something caught her eye: Alex stood in front of the glass wall near the front door waving at her. After a few seconds, he walked over to her counter. She smiled at him as he hopped over the counter to sit down with her.

"Hi," said Alex as he bent down and kissed her on the cheeks. She closed her eyes and trembled at the touch of his lips. He was so sweet.

Warmth spiralled through Ivy's body to centre in her heart, bringing with it a tide of happiness.

"Ivy, Guess what! I have booked us a table at the new Thai place for today's date. I know. We have been planning to go there forever." Alex's voice was filled with excitement.

Ivy squeezed Alex's hand as they walked through the restaurant. However, she would have been ecstatic to be there with him; today was different. She let go of his hand and gestured to a booth in the corner. When they sat down, Ivy paused for a few minutes before speaking.

"Listen, Alex, this isn't your fault, but I have a terrible headache. I don't know what's wrong, but I just want to finish this shift and go home. Can we take a rain check on this?"

A cloud of disappointment filled Alex's face. She could see Alex's disappointment reflected in his stance and posture, but his features were shadowed in the gloom. Ivy reached out with her senses and felt his pain, hurt, and desire to be close to her. Her heart twisted itself in knots as she struggled with her own emotions. It broke her heart to turn him down like that, especially after they had been planning this date for weeks. It wasn't quite fair to dump him like that over a bad feeling. She felt like something was off, and she couldn't shake off the bad feelings. She couldn't explain why. Deep down, she knew that she was being irrational, but a small part of her refused to listen to reason.

He shook his head and walked out of the restaurant. She got back to her work. She was focused on her task for a few minutes when she felt someone tap her on the shoulder. Alex was standing there when she looked up, looking serious and apologetic.

She paused for a moment and decided to play along. "What do you mean?" she replied. She was curious - why would Alex be acting so strangely?

"I went to my car, and when I went to the trunk, there was a box with your name on it," he said. A mischievous smile crossed his lips as he told her about the gift inside. His eyes had a twinkle, like a kid waiting for a grand surprise.

"Why are you so persistent today of all days?"

He handed her a heart-shaped box. She opened it and gasped as a huge, beautiful diamond ring was inside.

Alex got down on his knees. "My Dear Ivy Crawford, will you marry me?"

He held out his hand, and she swallowed and bit her lip. Her eyes welled up with tears.

She stared at him for a moment and then leapt into his arms; they both laughed as they embraced and kissed.

"Yes!" she said, laughing. "I'll definitely marry you!" She kissed his cheek and hugged him tightly, saying, "I love you so much!"

"Good," he said. "Now, will you go on a date with me tonight? I'd intended to surprise you there with a whole date planned for you. But I had to ask you here. So I'll have to propose to you again tonight in the restaurant. Just pretend like you don't know what's going on!" She laughed at him through her happy tears.

The dinner was delicious, and Alex had planned the proposal perfectly. He dropped her home after dinner and kissed her goodbye. She sighed, watching him drive off into the night. Drowsed in his love, Ivy trudged up to her bedroom and jumped on her bed. She looked out the window at the drifting snow and shook her head, feeling like she was part of a fairy tale. She snuggled up under her blanket, thinking about her life and how lucky it was that she had met Alex. He was kind at heart and had an intimate understanding of her. He knew the real her, the real Ivy, not just the self she presented to others.


At the same time, another thought crept into her mind. She was thinking about how weird it was that she had a nagging feeling that something bad would happen, and her intuition had never failed her until that day. She had learned to trust her instincts from a young age. When she did something that didn't sit well with her gut, she trusted the butterflies in the pit of her stomach more than the logic and experience of others, with excellent results.

But today was different. She had no idea what was going on. Nothing made sense. She sat up in bed, causing her dog to bark and whine, and looked around the room. She still felt weird — she didn't know what was going on, but she knew that she had to know the answers to all of her questions. She grabbed her purse and pulled out her tarot cards. She shuffled the deck, sat down on her bed, and pulled the cards up. She saw the Death card, which made her heart race. She didn't want to draw that card. She didn't want to know that she was going to die or that something terrible would happen.

But then, what was the point of pulling the cards if you didn't let yourself see the truth?

Ivy sat down on the ground, feeling shaky and out of breath. Her head was pounding from what she'd just witnessed. She looked at the death card – it had a male in black robes holding an hourglass, standing in front of a wall that had a hole in it. The faces on the card were blank and almost sorrowful. The sign behind the man said, "Tu ne cede malis sed contra audentior ito" which translated to "Yield not to misfortunes but advance all the more boldly against them."

She wore her diamond engagement ring on her finger, which glittered like a firefly among the dark leaves. She picked up the ring and looked at it. Inside the hole, was a tree with hundreds of snake-like roots crawling up into her ring and wrapping around her finger like silk threads. The tree's roots were pure gold and sparkled like sunlight on water. As she took a closer look, she saw the diamond gleaming in the moonlight. She touched the stone. It was a perfect princess cut diamond which she had always wanted for her marriage. This ring was a symbol of his ultimate love for her.

How thoughtful of Alex!

The thought of Alex filled her mind. She pulled a chair near the window and sat down, staring at the blanket of clouds that covered the moon. Slowly, the shadow of darkness started to dissipate, and the moon's brightness filled the night.

Suddenly something inside her brain just clicked. It hit her...

She realized that all notions about what life should be like were illusions. Life should be whatever you want it to be because life could change at any moment.

She realized that she'd been wrong all along. Death didn't mean death. Death was change. Without change, there was no life. Without death, there was no rebirth. If you never let go of your old way of living, you'd never experience new life...

She now understood. She now knew it in her heart.

She picked up the Death card and looked at it again, and for the first time, she saw it in its full context.

Lakshmi Priya is from Chennai and an avid reader of Tamil and English books. She is partial towards genres like history, mythology and humour. She has a blog where she posts weekly about the books she reads or topics she is interested in.
Her latest book is a humorous contemporary fiction titled 'Millennial Kumar gets married at last'.
Submissions for this season of Inkspire magazine are now open to all aspiring writers.
Click here for more on how to send in your pieces for publication.
Labels: Creative Fiction Indian Short Stories Indian Writers Inkspire