FICTION : A Wildcat That Jumps This Way And That By Chitra Gopalakrishnan 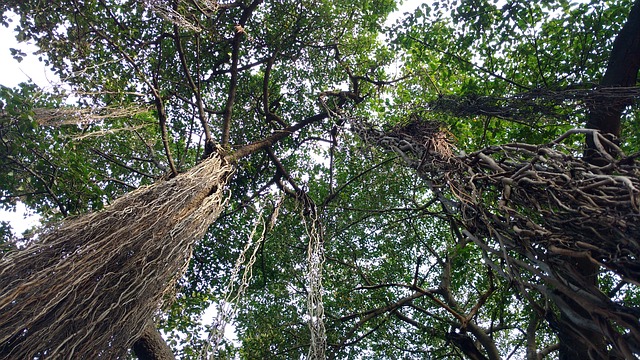 Local gossip bubbles in my tongue twister of a village Kondappanayakkanpatti.

Quite like our spicy curries that cook at smoking point.

Words, volatile, wildfire words vaporize and spread across not only our village but our entire district of Salem in the south Indian state of Tamil Nadu.

Villagers whisper, our neighbor's middle-aged brother, Gunasekhar, one we all know as a person with two minds, who has never set foot in school, is the originator of the nonsense verses.

Of the gibberish rhymes swiftly acquiring cult status, thanks to its recognition by academic scholars in the city as 'serious writings'.

Doctors call him a schizophrenic. Now to me, this word is rubbishy, jumbled, one without a clear meaning or any meaning at all.

"Gunasekharan's doggerel uses simple words that draw on life's complex truths," reads out Chinnaswami from the newspaper he is holding.

He adjusts his spectacles for effect as he finishes.

The men who are gathered around his thin, reedy frame at the village's central courtyard, its banyan tree and its many tangled roots, are hugely energized by his transcription.

They fizz, in chorus, like outraged flies, flapping their vestis, their white, unstitched, cloth wraps for their lower body.

"Instead of honoring our Kondappa, a nayakan (local ruler) of this patti (village), outsiders are now choosing to recognize instead our village idiot and his mannagatti (nonsense)."

"Guna's verses are more ridiculous than the antics of our artists at the annual therukoothu, their exaggerated dance, song and music and their outlandish costumes and make-up."

"His audacious words, topsy-turvy grammar, trashing of people and talking of things that resist rational interpretation, of social taboos, are corrupting our young."

We children, girls and boys, on the other hand, neither know nor care whether or not Guna is the creator of these verses.

We just thoroughly enjoy singing such unconventional rhymes. With un-self-conscious ease. With a loud, boisterous camaraderie. With a complete lack of ill will. This until tears of laughter cascade down our cheeks. This is fun by itself too.

Thatha, thatha tai, thatha sootha nai, nakki pata pi!
(Dance, oh grandfather, dance. Is that clarified butter on your backside? Oh no, upon licking, we know it is shit!)

It is just some thatha. Not mine. Not his. With bodily functions same as us children even with his exalted status. So it is witty to us in an odd, wild way.

We children understand it to be a reversal of sorts: a fierce authoritarian's, a policeman's craven fear of his wife. Maybe it is not meant like that. But, to us, this is what it is.

In the orderliness of our village, where one day is in danger of being the same as the next, such verses stir up huge animation.

For us, it breaks through disciplinary boundaries and takes us into a world of fun: unpredictable and unfamiliar as it does to a world of unserious: where everything is funny.

Instinctively, we know there is no absence of sense in the multitude of such lyrics. It makes perfect sense to us when we sing them.

What does Guna have to say?

Rather, he says, "All of you want perfect endings in life. But life is about the imperfect, about the impermanent, about not knowing of what's going to happen next. It is like a wildcat that jumps this way and that. Isn't making light of life's unreliability, rather than living with fright and sorrow, a better way to handle such surprises? So why worry if verses don't rhyme, make sense, poke naughty fun or have no beginning, middle and end."

"All of you remind me every day that I have two minds. So is there anything wrong if I keep one in my control and hurl the other into the unknown? We all know the real dangers are those we do not imagine, prepare for and know of. I admit it freely, you don't."