CREATIVE FICTION : A Friendship of Sorts by Arathi Unni

The stuffed dumpling of Samosa rolled from her glazed hands into the bubbling puddle of oil, releasing a shrill rasping sound from the pan. As the smell of the fried dough wafted out, Tara dragged herself from her bedroom to the kitchen, all dishevelled and groggy. She looked at Suhasini, her hair tied up in a bun, still in her floral pink nightdress, but with an apron now shielding it from the sputtering oil.
As the clock chimed eight times, Tara stifled her yawn with muffled words, “Could you get any more excited about sending me off? They are not coming before 10am! Why are you up so early in the kitchen?.
Suhasini looked back from the stove, glided towards the door and hugged her, saying “Goodmorning! How about starting a nice day in a more cheerful way?” and kicked back to the stove urgently.
As the next lot of dough plunged into the pan, she looked back and said, “I’ve kept a bowl of cut watermelon and your favourite Puranpoli ready. Go freshen-up and get on with them, you don’t have a lot of time to get ready after that. And do not forget to apply the chickpea-saffron pack before your shower. I want you looking all rosy and glowing when you meet them.”
Tara almost protested, but instead muttered something under her breath and crawled back to her room.

Suhasini was putting her last touches on the Gaajar Halwa when the phone rang, which she picked and said “Hello, the Talwar residence”.
She waited for the other side to respond and in a few seconds, replied, “Yes, you’ve caught me at the wrong time. She has just gone for her shower and God knows how long she will take there. You know how much she has been resisting this, and all for the wrong reasons. Can I call you back later? I need to check on her and get everything else ready too before they reach.”
After she hung-up, she finished arranging all the dishes in the kitchen and proceeded to Tara’s bedroom.

“How much more time?”, yelled Suhasini, banging at the bathroom door.
“I have kept your green silk saree on the bed, it brings out the colour of your eyes. I’ll get the necklace Mausi gifted me at my wedding, it’ll go well with this saree. Okay?”.
The door opened and Tara stepped out, eyes bloodshot and her nose all reddened. Suhasini cast a worrying look and asked, “Why have you been crying like this? You know this is for your good. And you like him too, right? Isn’t that what you said?”
Before Tara could reply, a fresh batch of tears rolled down her blotched cheeks. Wiping them away with a wet towel, she sipped some water from the bottle that Suhasini passed to her, and said, “I feel really guilty about doing this. Had Sushant not passed away in that accident, he still would have been here. I wouldn’t be meeting another guy like this, he must be thinking from up there that I’ve moved-on so fast.”
“So fast?”, exclaimed Suhasini. “It has been more than three years since he passed away. You were a wonderful wife to him when he was alive and even after he went. You have been supporting his parents after his death. You have only been living for others and you still have a long way to go. There is nothing wrong in moving on and I know that even he wants the same for you.”
Tara responded in between sniffles, “But you don’t understand. I am a widow; our social circle is not that modern. What is everyone going to say? They will all think that I was waiting for him to die before getting together with another man.”
“Nobody is going to say that”, said Suhasini irritably. “You think too much. Besides, what should be more important for you is that you find your happiness. This guy seems like a good man. You’ve met him quite a few times and you are comfortable with him too. Also, if I am there to stand by you, why do you need to worry about society? My glare is enough to shut anyone up who questions your decision.”

Tara let out a chuckle in between her sniffs and hugged Suhasini. “What did I do to have you in my life? They say a mother-daughter relationship is the most selfless kind of friendship, but I never expected this kind of selflessness even from you.”
Suhasini squirmed out of the embrace and smirked “Thanks! That’s a nice compliment!”. She rolled her eyes and said, “I am not being selfless, I just love you too much to see you like this. You deserve every bit of joy and I will always be there with you.”

A while later, Suhasini was pacing up and down the living room, dressed in a pink salwar-suit and a string of pearls around her neck. Her hands fumbled with each other, the AC was on and yet a bead of sweat rolled down her forehead, she kept furtively glancing at the clock. The bell rang, she froze at her place.

Few seconds later, she took a deep breath, walked to the door and said after opening it, “Hello Mr Desai. So nice to meet you. I am Suhasini Talwar, daughter of Tara Talwar. Welcome to our home.” 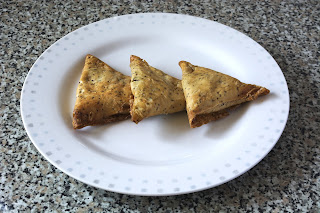 About the Writer :
Arathi is a witch trapped in a Muggle’s body, trying to spin some magic with words while she can. She is a pet-parent to 2 dogs, works in an FMCG in the day, dreams (literally and metaphorically) in the night. Her long-term ambition is to write books that connect with the soul in her farmhouse (which would also double as a shelter for homeless dogs.)
Here work has been published in a previous edition of Inkspire and you can read it here.